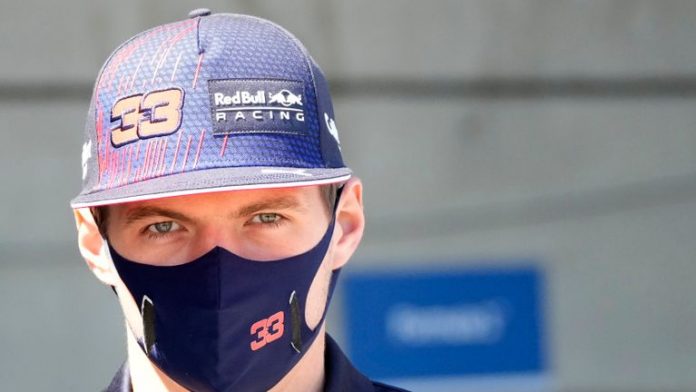 Max Verstappen speaks to the media for the first time since the acrimonious Silverstone collision and renews his criticism of Mercedes’ post-race celebrations; Lewis Hamilton says he and team were not disrespectful; F1 title rivals reveal they spoke on phone after British GP clash

Max Verstappen has renewed his attack on Lewis Hamilton’s and Mercedes’ victory celebrations in the aftermath of the British GP.

Appearing in front of the F1 media at the Hungarian GP for the first time since the accident at Silverstone 11 days ago, Verstappen said he was feeling “110” per cent fit for his return to action this weekend.

He also revealed that Hamilton had phoned him after the race.

“He did call me,” said Verstappen. “I don’t need to go into details about that, but we did have a chat.”

However, he renewed his accusation that the post-race celebrations of Red Bull’s rivals had been disrespectful while he was receiving precautionary check-ups in hospital.

“[It is] disrespectful if one guy is in the hospital and the other one is waving the flag around like nothing has happened while you push the guy into the wall with 51G,” said Verstappen in Thursday’s press conference in Budapest.

“Not only that, just the whole reaction of the team besides that. That’s not how you celebrate a win, especially a win how they got it.

“That’s what I found really disrespectful and in a way it shows how they really are, it comes out after a pressure situation. But I wouldn’t want to be seen like that.”

Hamilton said after the race that he was not aware that Verstappen had been taken to hospital for checks until he was informed in the post-race TV interviews. Mercedes boss Toto Wolff also said the team had received feedback from Red Bull and the FIA that Verstappen was OK before celebrating their success.

When Verstappen’s latest comments were put to him on Thursday, Hamilton reiterated his belief that Mercedes had done nothing wrong at their home event.

“I don’t believe our behaviour was disrespectful,” said the seven-time world champion.

“As I told you, I wasn’t aware – but it’s my home Grand Prix and we worked incredibly hard for god knows how long to get a result like that.

“And what a monumental moment it was for us to experience the whole home crowd being there for the first time since last year was missed. Emotions were running high, it wasn’t like an intentional celebration, it was just the joy of seeing so many people and so many people celebrating being together.

After the dramatic and controversial events of Silverstone, do not miss the Hungarian GP live only on Sky Sports F1 this weekend

“That’s the natural emotion, I’m not going to hide my emotions. It was an amazing feeling to see so many people.”

With Red Bull and Mercedes facing the British GP stewards again on Thursday as the former attempt to challenge the original verdict on the incident, Verstappen said that in his view the “penalty was not severe enough for what he caused”.

Hamilton was found to have been “predominantly” at fault for causing the collision and punished with a 10-second penalty, which he served at his pit stop. However, despite dropping to fourth place, he fought back to win the race and cut Verstappen’s title lead from 33 to eight points.