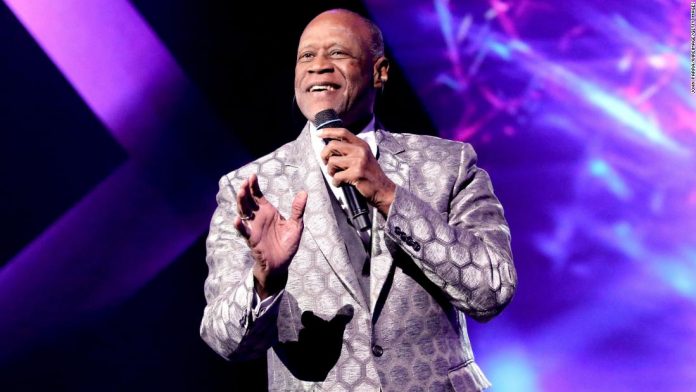 The singer-songwriter died of a heart attack at the Medical Union Clinic in the northern city of Santiago, in the Dominican Republic, according to his son.
The “Caballo Mayor,” as he was also known, was one of the most beloved artists in the Dominican Republic, and his songs were part of the repertoire of other great Latin American artists.
Following Ventura’s death, three days of mourning were decreed in the country. The island’s flag is to be flown at half-staff and military honors are to be performed by the Ministry of Defense.
Ventura was having lunch when he felt a “sudden onset chest pain, with subsequent collapse,” a statement from the clinic said, adding that Ventura arrived at the medical center at 2:25 p.m. ET in the company of his chauffeur.
Upon the singer’s arrival, “immediate advanced cardiopulmonary resuscitation maneuvers (were performed) for 45 minutes, during which time he never had a response,” the statement details.
Ventura was declared dead at 3:12 p.m. ET, according to the clinic’s statement. The statement said there are four possible causes of death: sudden death, probable myocardial infarction, hypertensive heart disease and ischemic heart disease.
Many Dominican Republic celebrities and internationally-known figures lamented the death of Ventura by sharing their condolences on multiple social media platforms.
In addition to his artistic career, Ventura spent 50 years in politics, where he served as a deputy and mayor. He was married to Josefina Flores for almost 50 years.
“My Dad died working. He was at a work meeting and from there he was going to record a song,” Ventura’s son Jandy said during a news conference after his father’s death.
“The Ventura family is proud of all the legacy my dad left. We have our heads held high. We are not ashamed of anything that he could have done. (I want) to tell the Dominican Republic and the world, that they lost the greatest exponent of the Dominican Republic’s music,” Ventura’s son added.