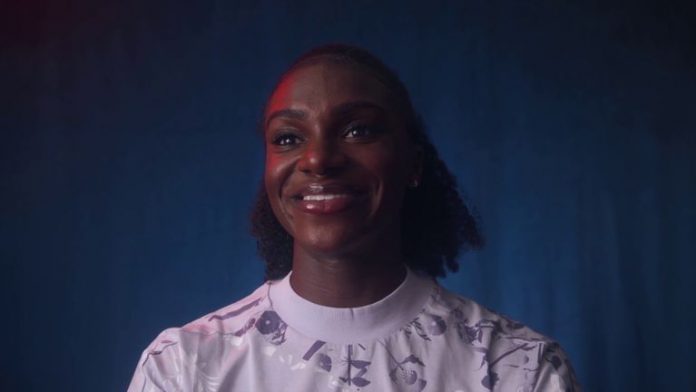 Friday at the Olympic Games will see British medal prospect Dina Asher-Smith opening the athletics in the 100m heats, while Duncan Scott aims to win his second gold in the pool in Tokyo.

Having won silver in the event at the 2019 World Championships, Asher-Smith will be desperate to go one better in the Japanese capital, with the 100m heats beginning at 1am BST.

Meanwhile, Scott can become the first British Olympian to win four medals at one Games and the Great Britain women’s football team have the semi-finals in sight.

In total, 21 medals will be on offer on Friday, including the first tennis medals in the men’s doubles.

The first gold will be given on the track in the 10,000m and women’s football reaches the knockout stages.

What not to miss

Athletics – Dina Asher-Smith in 100m, heats start at 1am BST

Having gone unbeaten in 2021, Asher-Smith is in tremendous form as the athletics begins with the 100m heats at the Olympic Stadium.

The Brit is one of the favourites to triumph after starring at the last World Championships, coming second in the 100m before claiming gold in the 200m.

With Usain Bolt having retired and no standout names in the men’s race, this event should be one of the highlights of the Games, with two-time champion Olympic champion Shelly-Ann Fraser-Pryce and Elaine Thompson-Herah also in contention.

Saturday’s final therefore is one not to be missed.

Scott is turning into one of the stars of these Games for Team GB, clinching silver in the 200m freestyle before triumphing in the 4x200m freestyle relay.

Having qualified second for the 200m Individual Medley final, he will face competition from home hope Daiya Seto and American Michael Andrew.

The 24-year-old is looking to make history as the first Brit to secure four medals at one Olympics, with his other hope coming in Sunday’s 4x100m medley relay final.

Having won the first three majors this season, Novak Djokovic’s quest to win the Golden Slam remains on track.

No other man has ever achieved the feat since tennis was reintroduced as an Olympic sport, while Steffi Graf is the only woman to have done it in 1988.

The Serb has not dropped a set so far in Tokyo and beat home favourite Kei Nishikori 6-2 6-0 to reach the semi-finals.

A place in Sunday’s final is up for grabs when the world No 1 faces Germany’s Alexander Zverev, as the 20-time major champion aims to add an Olympic title to his phenomenal CV.

After topping Group E, Team GB’s women’s football team face Australia in the quarter-finals as they target an Olympic medal for the first time.

Aiming to top the podium in the 200m backstroke final at the Tokyo Aquatics Centre is Luke Greenbank, who claimed bronze at the 2019 World Championships.

Evgeny Rylov of the Russian Olympic Committee was the only man to go quicker than him in the semi-finals.

Aiming to defend their title in rowing are Team GB’s men’s eight.

The Brits have struggled so far though, finishing second in the repechage at the Sea Forest Waterway to book their spot in the final.

When you find out @TomDaley1994 & @mattydiver have won diving gold 🙌

Our football team react to the news on the way to training. #TeamGB pic.twitter.com/sfN3jvH6ZV

After losing an epic to New Zealand, Britain’s women’s rugby sevens team know a win over Kenya should see them reach the quarter-finals later on Friday.

Where the medals will be won

Two-time defending champion Mo Farah will not be on the start line when the 10,000m final takes place at 12.30pm BST.

After setting the world record over the distance last year, Joshua Cheptegei is favoured to emerge victorious as the first gold is delivered on the track.

Mo Farah reflects on falling short in his bid to qualify for the Olympic Games in the 10,000m

Meanwhile, the first tennis medals will be handed out in the men’s doubles at Ariake Tennis Park in an all-Croatian affair as Mate Pavic and Nikola Mektic take on Marin Cilic and Ivan Dodig.

China’s Zheng Si Wei and Huang Ya Qiong are favourites to come out on top in badminton’s mixed doubles event.

Looking to stop them on home soil are the Japanese pair of Yuta Watanabe and Arisa Higashino.

A surprise silver medallist at the last Games, Brit Bryony Page looks to spring another upset in the women’s trampoline event starting at 5am BST.

A champion will be crowned in canoe slalom’s men’s K1 event, while BMX’s racing medals will also be awarded as American Connor Fields and Colombian Mariana Pajon both aim to defend their titles from Rio de Janeiro.