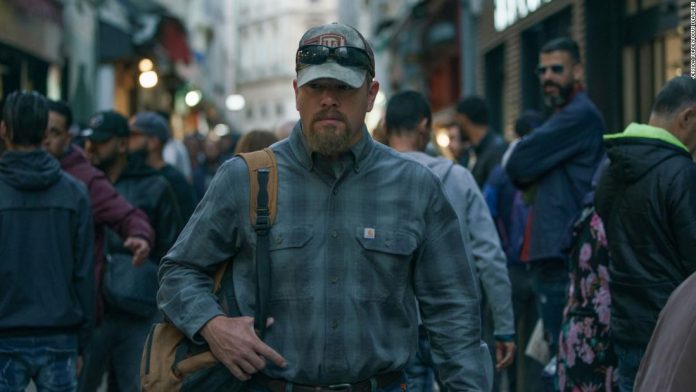 The story owes an obvious debt to the Amanda Knox case, with Abigail Breslin playing Allison, an American student convicted in the murder of her roommate and lover. Her father, Bill Baker (Damon), visits from Oklahoma to the jail where she’s currently imprisoned in Marseille, pursuing a line of inquiry that might lead to her release.
Still, far from the Hitchcockian everyman who invariably triumphed in such situations (think Jimmy Stewart in “The Man Who Knew Too Much”), Bill has his own troubled background, including substance abuse, and isn’t much of a detective.
Unable to speak the local language, he eventually strikes up a relationship with an actress, Virginie (Camille Cottin, recently seen in “Call My Agent”), forging unlikely ties to her and her young daughter (Lilou Siauvaud), a surrogate for the parental bond that he largely squandered.
The movie thus operates on parallel tracks, with Bill establishing something of a life in Marseille while endeavoring to find a way to exonerate Allison, despite being urged to let it go.
“The last thing you want to give daughter is false hope,” her lawyer tells him, but driven by forces within him — among them a desire to make amends — Bill can’t seem to relinquish the fight.
McCarthy originally drew inspiration from the Knox story, and an early draft of the script sat dormant for several years. In the interim, the world — and America’s place in it — has evolved, adding another element to Bill’s efforts.
Because McCarthy and his collaborators deliver much more of an indie film than a studio product, “Stillwater” (the name of an Oklahoma town) takes unanticipated detours, which proves a mixed blessing. While the film keeps the audience off balance about what really happened, and what will, it drags on nearly two hours and 20 minutes, fostering impatience about reaching the end, and less satisfaction when it finally does.
Give McCarthy credit for building a movie around a flawed protagonist and his search for redemption, and Damon for wholeheartedly sinking himself into a role that avoids the usual heroic cliches.
Ultimately, though, “Stillwater” runs long but doesn’t run particularly deep — or at least, not quite deep enough.
“Stillwater” premieres July 30 in US theaters. It’s rated R.