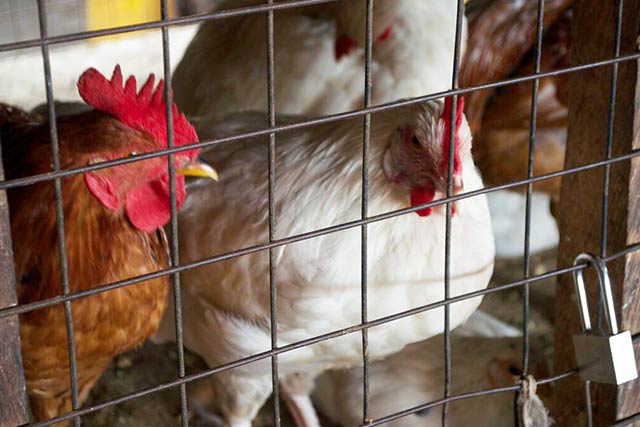 A two-day regional emergency consultation meeting held in Abuja, Nigeria, on 15 and 16 June 2015, discussed regional and national strategies and their implementation to improve regional coordination and synergies for the immediate and effective prevention and control of the H5N1 strain of highly pathogenic avian influenza in West and Central Africa.

The consultation, organized by FAO and ECOWAS with the collaboration of WHO, OIE, AU-IBAR, USAID and USDA, was also expected to examine the disease situation and impact as well as improving countries’ preparedness and response capacities.

“The disease is already causing major economic losses in the poultry sector, and can severely impact the livelihoods of the local communities and threaten hundreds of thousands of poultry farmers and sellers, thus jeopardizing commercial poultry production and seriously impeding regional and international trade and market opportunities”, said Mr. Bukar Tijani, FAO Assistant Director-General and Regional Representative for Africa.

According to FAO, over 1.7 million chickens died or were culled as a result of the disease in five countries affected by H5N1 HPAI in West Africa as of 7 June 2015.

“Although there had been no reported human illness due to the H5N1 strain in West Africa to date, it is imperative that preventive measures be taken in order to reduce the risk of the AI virus transmission from poultry-to-humans, with human fatalities as occurring in parts of Asia and Egypt”, explained FAO Chief Veterinary Officer, Dr. Juan Lubroth. “The lack of resources to institute proper movement control of poultry and of poultry products brings a risk of potential spread of H5N1 HPAI in the sub-region”, he added.

So far, Côte d’Ivoire, Ghana and Mali have officially banned poultry imports from Burkina Faso while Benin and Cameroon have taken the same measure with regard to Nigeria. These restriction measures would be inefficient without effective collaboration as well as coordinated preventive and response activities, given the importance of poultry trade across the region and the porosity of borders.

National authorities in charge of animal resources in HPAI affected countries and those at risk, representatives of Regional Economic Commissions, the poultry sector, technical and financial partners and specialized institutions attended the Abuja meeting.  These include CVOs and heads of veterinary labs of Benin, Burkina Faso, Côte d’Ivoire, Ghana, Guinea, Mali, Niger, Nigeria, Senegal, Togo, Cameroon and Chad, Representatives of the Ministry of Health of participating countries, ECOWAS, WAEMU, OIE, WHO, AU-IBAR, World Bank and USDA-APHIS.

FAO and other partners have been actively involved in supporting African countries to contain these new H5N1 HPAI outbreaks and enhance their capacities for the prevention and control of the disease. Since the beginning of 2015, joint rapid assessment missions coordinated by FAO and involving OIE have been conducted in different countries to assist in the preparation and updating of existing Integrated National Action Plans (INAPs) for Avian and Human Influenza (AHI).

This also helped to determine immediate needs for the prevention, detection, and timely responses. Funds were quickly mobilized from FAO internal resources and donors to assist Nigeria and neighboring countries in H5N1 HPAI detection and response.