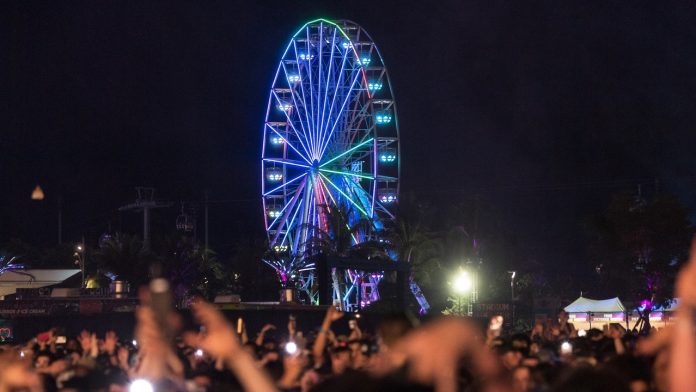 A woman who was last seen at Rolling Loud Miami 2021 has been reported missing, NBC Miami and Rolling Stone report. Ashley Espinosa Sanchez, 23, was last seen by her friend Nicholas Prevost on Saturday night (July 24) at the Hard Rock Stadium in Miami Gardens. Espinosa Sanchez is 5’2″ and 130 pounds with brown hair and brown eyes. She was last seen by Prevost wearing a floral black and red romper and white Vans.

An additional report from the Miami Herald included remarks from Espinosa Sanchez’s childhood friend Amber Hicks, who told the publication that Espinosa Sanchez suffers from manic episodes. Hicks expressed additional concern over the fact that Espinosa Sanchez has not shown up for work in several days. “She’s there all day every day typically,” Hicks told the Herald. “That’s how we really know she’s lost because she hasn’t like been working or anything.”

Today (July 29), a local news outlet published new details on the story. According to detectives working on the case, Espinosa Sanchez was seen on surveillance video Monday (July 26) at the lost and found at Hard Rock Stadium. “Video shows she was in the company of an unknown black male, 5′10″-6′0″, thin build, wearing long dark pants, black T-shirt, red shirt tied around waist, dark sneakers, and a light-colored hat,” Miami Gardens police said in a press release (viewed by Local 10). It reportedly continued:

Pitchfork has reached out to representatives for Rolling Loud Miami as well as the Miami-Dade Police Department for further information.