Home Sport ‘Parity in The Hundred is truly special’ 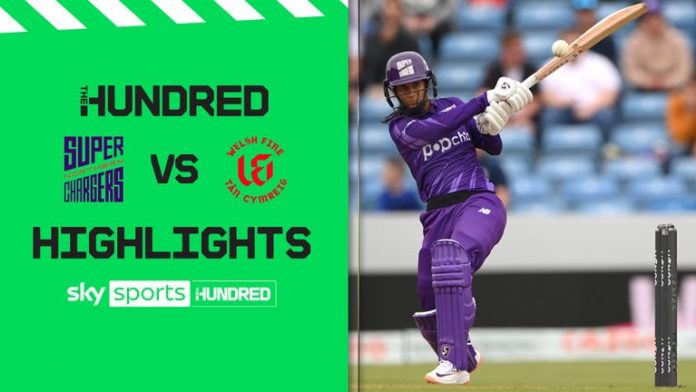 Seamer Phoebe Graham reflects on Northern Superchargers’ unbeaten start to the season, the outrageous talents of Jemimah Rodrigues and – for the first time – how it feels to play a sport where there’s parity between men’s and women’s competitions…

What a talent, what a superstar!

We’ve had a phenomenal start to our campaign in The Hundred. We’ve won both of our games, are top of the table and now we’re ready to take on the Oval Invincibles this weekend.

Our team dynamic is fabulous. There is an outrageous amount of talent, so many skilful players to learn from and all-in-all a group of really great human beings.

The first game at Headingley against Welsh Fire felt quite overwhelming. Cricket has gone crazy with fireworks, DJs and crowds. I never expected to play in front of so many fans at Headingley, particularly when only this year the game was fully professionalised. I did love the atmosphere, though, with the crowds behind us and we put in a decent first half.

As for the second half, it was a masterclass from the very talented Jemimah Rodrigues.

If you missed it, here’s the best of the action from our clash against Welsh Fire

It was the best innings I’ve ever watched. I keep telling her ‘Jemmy, you were absolutely fabulous’, to which she laughs and says ‘Phoebe, you’ve told me four times now’!

I’m not the only one to turn into Jemmy’s biggest fan; Kevin Pietersen tweeted ‘Jemimah Rodrigues is now my favourite player’.

For me, this type of support and backing has been the best part about the competition.

Everyone is truly behind both men’s and the women’s cricket. It’s the first time as an athlete I have felt parity between men’s and women’s sport. I feel part of something special and hope this legacy continues. The Hundred is paving the way for women’s sport in the UK and round the globe.

We then began four days on the road and earned another win at Trent Bridge.

It was a shame about the rain on Wednesday that washed out our match against Manchester Originals as both the men and women were ready to win our first derby.

We’ve had a little down time in between games (one rest day – the schedule is manic) which has meant golf for a few of us, jamming for Wolfe (Laura Wolvaardt) and Jemmy and some serious food in the flat.

Brilliant with the bat 🏏
Great on the guitar 🎸@JemiRodrigues is a special talent 💎🟣#TheHundred 💯 pic.twitter.com/uBItBCSLuk

I’ve truly embraced the madness of this competition. Northern Superchargers are on a roll and I can’t wait to get back on home soil at Headingley this weekend.

Bring on the fireworks, DJs and crowds!

Watch Northern Superchargers take on Oval Invincibles in the women’s edition of The Hundred live on Sky Sports Mix from 2pm on Saturday as well as live on the Sky Sports YouTube channel.