Home Sport Wallam will not return to Leeds Rhinos Netball 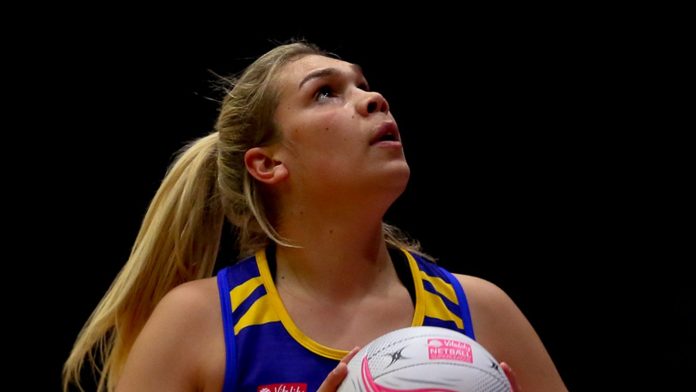 Donnell Wallam has decided not to take the option of a second year of her contract in order to be closer to her family in Australia; she joined Leeds Rhinos Netball ahead of their inaugural season and scored 483 goals in eleven appearances

Leeds Rhinos Netball have announced that Donnell Wallam will not return to the Vitality Netball Superleague club next season.

The goal shooter made the decision not to take the option for the second year of her contract in order for her to be closer with her family in Australia.

Wallam joined ahead of their inaugural season in the Vitality Netball Superleague and scored 483 goals in eleven appearances.

She was named the Fans’ Player of the Year at Rhinos’ annual awards and also picked up the same honour from the Vitality Netball Superleague.

“Donnell has been a superstar for the Rhinos in our debut season and she certainly made a big impression on the competition and fans from all clubs,” Dan Busfield, Leeds Rhinos Netball’s franchise director said.

“Although we are disappointed she will not be returning for her second season in Leeds, we understand her wishes to return home to be closer to her family.

“We would like to thank Donnell for all her hard work and contribution to our team and we wish her all the best for the future.”

She flew when on court and was an integral part of their success, however she also had to deal with fracturing her radius bone on the opening weekend and spending a period on the sidelines.

Alongside that, Wallam suffered the grief of losing her grandma towards the end of the season and returned home as soon as she could to be with her family during such a difficult time.

“It was the most difficult decision to make, but the right decision for me right now,” Wallam said about deciding not to return to England for another season.

“I would like to thank the club, coaches, my team mates and the netball fans in the UK for making me feel so welcome. Hopefully in the future, I can come back again!”