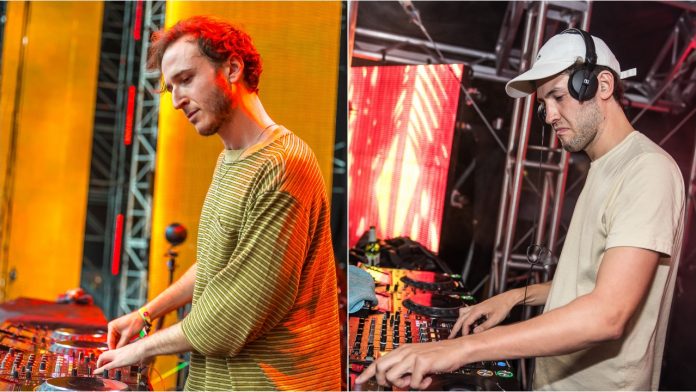 It seems incredibly improbable that it’s taken this long for legends RL Grime and Baauer to officially team up, but as we’ve seen over the past year and change, reality can often be stranger than it seems. Grime and Baauer have only collaborated once before, on 2013’s “Infinite Daps,” but now they’ve debuted a new project HÆRNY, combining their names Henry Steinway and Harry Bauer Rodrigues, releasing a sizzling drum & bass tune, “Fallaway.”

Both artists have dabbled in drum & bass individually in the past, with RL Grime releasing “Shine” on 2018’s NOVA and Baauer going for the higher tempo on “AETHER” from his sophomore album PLANET’S MAD. Still, the decision to go DnB on their first collaborative release is an amazing feat. Not only that, it’s entirely unique.

Plenty of producers, especially in dubstep, will throw in one or two DnB songs in their sets or sometimes perform a rare “special” DnB set. But for two producers who, for all intents and purposes, have their origins in trap, to produce drum & bass in their own way gives it a wholly idiosyncratic identity. “Fallaway” doesn’t easily fall into any comparisons; you wouldn’t say “this sounds like XXXXX” for any drum & bass artist.

The two will be playing b2b for the penultimate set on HARD Summer’s main stage tomorrow, July 31. Listen to “Fallaway” below!