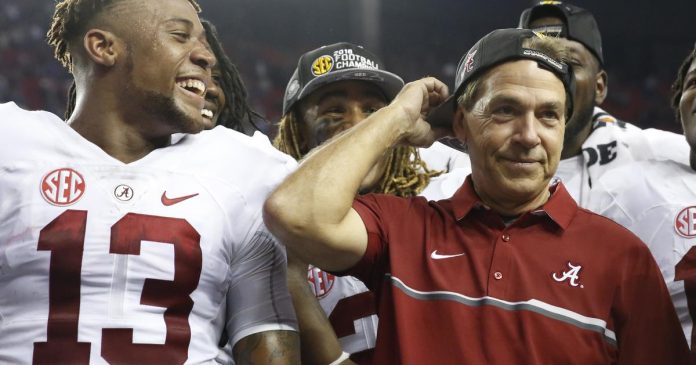 A recent NCAA decision allowing college athletes to monetize their fame has some students eager to start making endorsement deals. But the decision has also ushered in an entirely new line of business: sports agencies and consulting firms that specialize in name, image and likeness (NIL) strategies.

Companies like Altius Sports Partners, INFLCR, MatchPoint and Opendorse are emerging as early pioneers in this newly formed field. Agents for those companies are quickly scrambling to sign college athletes as their clients or to land contracts with colleges to help those schools better understand NIL rules.

And it’s in their best financial interest to do so. One sports business expert predicted the NIL space will become a $100 million industry in the first year alone, with some athletes commanding $1 million a year or more by the end of 2021. Places like Opendorse and MatchPoint receive a percentage of the deal money when they match a company with a college athlete.

“This is a completely new landscape for everyone involved in collegiate athletics,” Altius Chief Operating Officer Courtney Brunious told CBS MoneyWatch. “We’re building this ecosystem from the ground up and that’s why you’re seeing so many companies popping up to be involved.”

For decades the sports agency business has been a lucrative court where brokers guide their professional athlete clients to multi-million-dollar endorsement deals. In fact, the celebrity and sports agent business is a $10 billion industry that’s expected to grow 25% in 2021, according to IBIS World data.

Sports business experts say the NIL consultant industry will get even bigger as more companies look to sign hundreds if not thousands college athletes.

A different consultant for every need

The NCAA approved a policy that, among other things, allows college sports players — no matter their gender, school or sport — to earn money through product endorsements. The policy, announced last month, also allows young athletes to hire outside agencies to help them land NIL deals.

NIL consulting firms have existed somewhat in the shadows for months, even years, leading up to the long-anticipated NCAA decision. The firms quietly began hiring staff, finalizing their marketing plans and creating a social media presence in anticipation of the NCAA’s call. Some firms that came on-line last summer are now landing clients.

Not all consulting firms play matchmaker. INFLCR, for example, helps student athletes boost their social media presence so they can be more attractive to businesses. Other consulting companies, like Altius, solely advise colleges on money-making opportunities for players.

NIL consulting firms will likely see more growth — and competition — in coming months, according to Tim Derdenger, a sports marketing and branding expert and professor at Carnegie Mellon University. He sees a flood of student athletes entering the market in hopes of scoring their own endorsement deals, along with companies looking to sponsor them.

Demand for NIL consulting firms is gaining steam as colleges attempt to cobble together new policies for NIL while making sure they follow their state’s commerce laws. Colleges are also hiring the firms because coaches, athletic directors and university officials are still unclear as to what roles they can play in, for example, drumming up endorsement deals for their players or how to pass on to the student the sponsorship money generated, experts said.

“People are trying to figure out what they can and can’t do,” Derdenger said.

The era of NIL consultancy is so new to the business world that no one knows how many firms are out there. There are no market projections for how big this industry could grow, no formal regulation from the federal government and no guidelines on who can and can’t start a firm.

Derdenger’s perception is shared by other new players in this emerging industry for which the parameters are still very loose. “I believe it’s going to turn into the wild, Wild West,” said former NBA player Jerome Williams, who started his own consultancy in January.

Williams told CBS MoneyWatch that he started Alumni Pros Global Sports after a year of coaching high school basketball in Nevada. Since its launch, Williams’ company has grown to 30 part-time employees who specialize in handling athletes of color in basketball, football, baseball, softball, wrestling and more.

Williams’ firm works with athletes, and their parents, to show them where the money-making opportunities lie in NIL. One of those main avenues is social media. Oftentimes when a college or professional team starts scouting a player, fans begin following the athlete on Twitter and Instagram, Williams said.

“When that social media handle grows, then your value increases and everything you tweet, everything you put on the IG can be monetized,” Williams said, referring to Twitter and Instagram.

At stake for Williams’ company, and others, is nabbing a piece of what Derdenger predicts will be at least $100 million flowing from companies to athletes in the first year alone of NIL. Coveted players in college basketball and football will likely get the lion’s share of endorsement deals, but baseball, volleyball, golf and hockey will see their fair shares as well, Derdenger predicted.

University of Alabama football coach Nick Saban said recently that one of his players — Bryce Young — is already being courted for endorsement deals.

“Our QB has already approached ungodly numbers, and he hasn’t even played yet,” Saban said this week to a group of Texas high school coaches. “If I told you what it is … it’s almost seven figures.”

Ultimately, the way school officials recruit for college athletics will dramatically change nationwide because of NIL, Derdenger said. And that’s because “the governing board has created an entirely new marketplace overnight.”