Home Culture Jennifer Hudson opens up about her portrayal of Aretha Franklin in new... 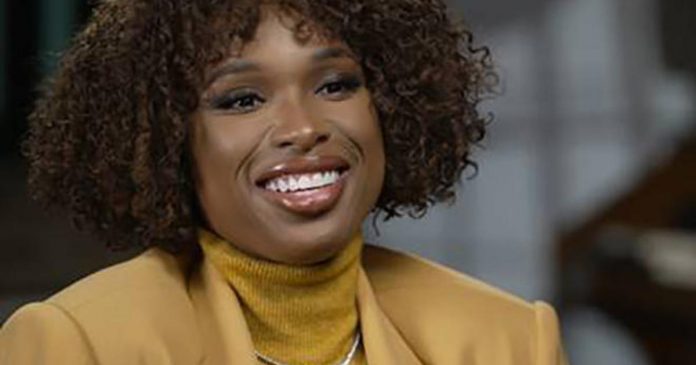 Academy Award- and Grammy-winner Jennifer Hudson portrays the late music icon Aretha Franklin in the new film “Respect,” set to hit theaters August 13. It’s a role Hudson was handpicked to play by Franklin, long before she died in 2018.

Hudson opens up about her friendship with Franklin, how she portrayed the legend, and how she drew on her own life to enrich the performance, in an interview with correspondent Kelefa Sanneh for for “CBS Sunday Morning,” to be broadcast August 1.

As the story goes, Franklin was so impressed with Hudson’s 2006 performance in “Dreamgirls,” that she wanted the former “American Idol” contestant to play her when the time came.

“The very first thing Aretha said to me when we sat down was, ‘You’re going to win an Oscar for playing me, right?'” Hudson recalled. “I didn’t know what to say.”

Hudson said the two stayed in touch, and one day eight years later, Franklin called to say she had picked Hudson to play her. They would talk weekly up until Franklin died, Hudson said.

Sanneh also traveled with Hudson to Muscle Shoals, Alabama, where she visited, for the first time, the Fame Recording Studios – hallowed ground where many believe Franklin learned to use her powerful voice that led to becoming a worldwide phenomenon.

“You can feel, like, the magic I feel like that’s taken place,” Hudson told Sanneh of being at Fame.

“Respect” chronicles the joys and sorrows of Franklin’s life. Like Franklin, Hudson has suffered some family tragedies. She told Sanneh she drew from those experiences and used her own grief to help tell Franklin’s story.

“There’s no way I would have been able to deliver this or tell this in such an honest, vulnerable way to those depths without my own life experience to channel it from,” Hudson said.

Hudson also talked with Sanneh about her career, and her thoughts about Franklin’s life. Sanneh also talks with some of the musicians who played with Franklin at the Fame Recording Studios.

To watch a trailer for “Respect” click on the video player below.

To go behind the scenes with “Sunday Morning” at Fame Recording Studios in Muscle Shoals, Ala., click on the video player below.