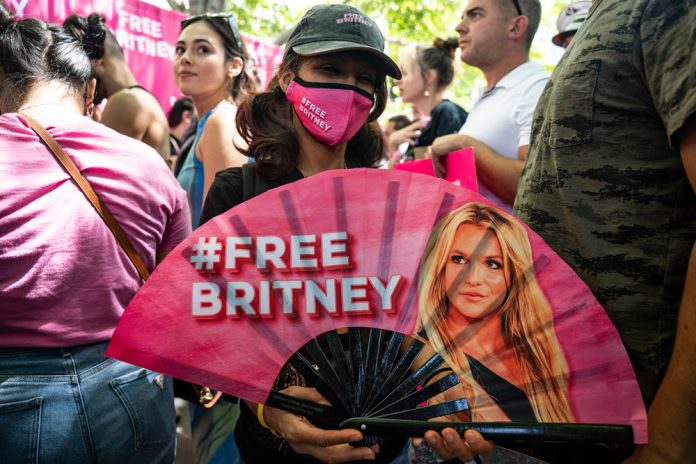 In September, a Los Angeles court will consider Britney Spears’ petition to have her father removed from the conservatorship that gives him complete control over her finances and, in turn, her life. In previous proceedings, Spears claimed that her father determines everything from her grocery lists to her form of birth control.

The court first approved the conservatorship 13 years ago after Spears experienced a highly public mental health crisis in which she shaved her head and beat a parked car with an umbrella (she admitted that she was frustrated by her lack of autonomy). She nevertheless went on to release four more albums, guest star on various sitcoms, and complete a four-year residency in Las Vegas. But even with her professional success, Spears hasn’t been able to escape her father’s legal control.

Spears’ circumstances are nothing new: In the U.S., accusing a woman of insanity has served as a tool of subjugation. The system has evolved, but some advocates see Britney’s conservatorship as a reminder of how the legal and medical system has long been used against women.

One of the most famous such cases dates to 1860 in Illinois, when a woman named Elizabeth Packard was institutionalized by her pastor husband, Theophilus. His motivation: She had been outspoken in his bible study class and opposed slavery. At the time, Packard hadn’t realized that the church leaders were aligning with a new sect and shifting their allegiances. They opposed her abolitionist views, and her husband worried this put his job at risk. To shut her up, Theophilus took advantage of an Illinois law that permitted husbands to institutionalize their wives without a court hearing.

“In Elizabeth’s case, her husband’s application was accompanied by two medical certificates attesting her insanity. One was signed by a parishioner of her husband’s church, who cited her ‘incessant talking’ as evidence of madness,” says Kate Moore, the author of a new book on Packard, The Woman They Could Not Silence. “The other was given by a doctor who saw her twice for half an hour each time, without Elizabeth even being aware he was there to assess her, who commented critically on her ‘strong will.’”

Officials introduced the law after Illinois opened its first asylum in 1850. To prevent abuse, a court hearing was required prior to involuntary admission. But the legislation had a glaring loophole. “Illinois law at that time allowed married women to be sent to asylums by request of their husbands and specifically ‘without the evidence of insanity required in other cases,’” Moore says.

Elizabeth endured three years in the institution until her adult children convinced authorities to release her, though Theophilus then locked her in a bedroom. She snuck a letter to a friend, which prompted a local judge to call a hearing and determine whether Elizabeth was indeed insane. The court deemed her as competent and supported her petition for divorce.

Today, Theophilus obviously couldn’t use the courts to confine his wife — these asylums shuttered their doors almost 60 years ago when the U.S. transitioned from institutionalization to “community” care. In the 1960s, patient advocates hoped the rise of psychotropic drugs would enable patients to self-medicate and live independent lives. Several states, including Illinois, now have a fraction of the hospital beds for psychiatric patients than they did a century prior.

Individuals with mental illnesses are no longer brought before a court, evaluated and sentenced indefinitely to an asylum. Instead, probate courts can be used to determine a person’s competence and whether they need a conservatorship, says Elizabeth Kelley, a criminal defense attorney in Spokane, Washington and the author of Representing People with Mental Disabilities.

“No one wants to go back to the days of mass institutionalization for a thousand reasons,” Kelley says. “Women were disproportionately affected because it was easy for a disgruntled husband or another male relative to institutionalize a female. Britney Spears’ situation may remind some members of our society of those very unfortunate times.”

Spears’ case is extreme, but demonstrates that it can be difficult for a person to untangle themselves from a conservatorship. In the future, she’ll have to prove her competence to the court — like Packard once did — in order to be freed.