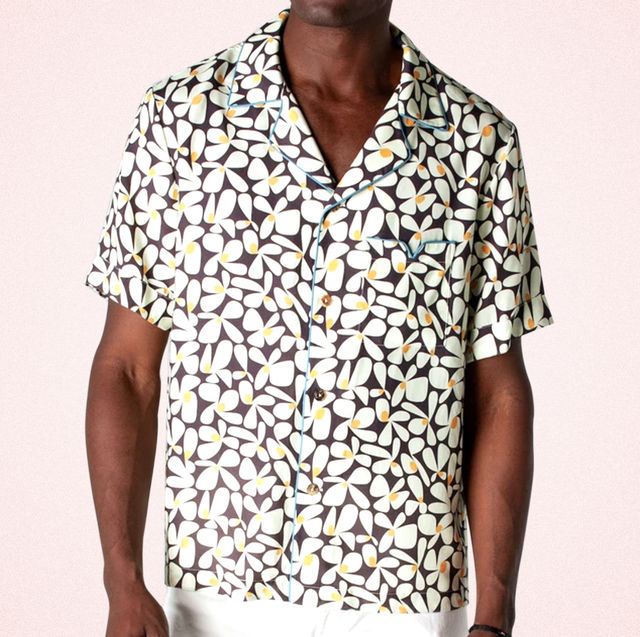 This week was all about making new friends. I, for one, added a few when I took a flight to Bar Harbor. In a plane the size of a sardine can, five strangers and I collectively experienced the mind-numbing vibrato of the engine, lack of cabin pressurization, and ever-so-constant turbulence. We had to laugh to evade our first impulse: panic. The experience was unlike any other, but we all found common ground in it. Not at all harrowing, but equally memorable, are the number of collabs that launched recently. These are the best kind of friendships.

We have specs by Gentle Monster and Heron Preston that will level-up your style game. Vans joined forces with Metallica on some rockin’ kicks. Levi’s also went the music route, but with the Grateful Dead instead. Converse reimagined its iconic Chuck 70 with Rick Owens. And Adidas built something with Lego. Some are strange pairings, others are expected, but all, unlike my nearish-to-death experience, are pretty amazing. Cop them all now why they’re still around.

Want essential shopping tips on the regular? Sign up for Esquire Select.

It’s always best to look on the bright side of things, and to help with that, in case you need it, is Tombolo. The brand has released a new Hawaiian shirt with a print designed by artist Thomas Heinz that is called Sunny Disposition and delivers on its moniker.

Todd Snyder takes the much-beloved New Balance 327 to the farmer’s market with a trio of food-inspired colorways. There’s pineapple, pomegranate, and this wheat version, an in-house favorite here at Esquire.

Deadheads, rejoice! Levi’s has released a collection of denim, sweaters, tees, and accessories that celebrate the Grateful Dead. And just like the legendary psychedelic rock band, these fits will last the long haul.

Adidas has gone back to kindergarten basics, and the results are mighty cool. The brand has partnered with Lego on two color variations of its Ultraboost DNA sneaker, which features rubber building blocks on the heel and its iconic three stripes.

If you’ve ever tried to get your hands on a pair of Jerry Lorenzo’s signature loafers for his Fear of God label, you know how difficult it can be. Damn things keep selling out! Well, a couple of new pairs—exclusive to Mr Porter—just dropped, and they look real good. Don’t sleep.

When it comes to great linen for your home, Parachute is the name to know. It even created linen loungewear sets for women a few years back. But as of this week, it is giving us dudes a chance to experience what our female counterparts have loved for some time.

Grace Wales Bonner often takes us on a trip with her collections. The one to Cuba with her Spring 2020 collection was one for the record books. This week, the designer has brought us to Hampi, India with a limited-edition collection made of hand-dyed jersey tees that is inspired by Laraaji’s melodic album, Vision Songs Vol. 1. What’s more, all of the profits will be donated to Care India Foundation.

The silhouette of the Converse Chuck 70 sneaker is as classic as it gets; it hasn’t changed much in its century of existence. To give it a refresh, the brand went to an initially unexpected-seeming source: Rick Owens. The collab features a square-toe, keeping to Owens’ futurist aesthetic, but retains the respect for the original you’ll find in Owens’ own Ramones model, itself a sort of ode to the Chuck.

On the hunt for specs that go to the next level? Look no further than eyewear brand Gentle Monster. It partners with names that are equally forward-thinking; Tilda Swinton and Ambush are some examples. So it just makes sense that it tapped burgeoning designer Heron Preston on a collection of glasses, appropriately all called Level and equipped with (you guessed it) a level inset in the temples.

Bodega bag vibes get a super-soft upgrade of the folks at Hiro Clark and the folks at the newly opened Ace Hotel in Brooklyn.

Ronnie Fieg and the Kith crew have teamed up with a slew of brands on an expansive collection for Team USA. There are a lot of winners in the mix—from Jordan basketball shorts to a quilt-inspired stars-and-stripes print featuring on jackets and more—but it’s tough to beat the Oakley Frogskins for pure summer utility.

This year marks the 30th anniversary of Metallica’s The Black Album. And to commemorate the LP, Van’s released two styles—the Slip-On and the Sk8-Hi—that features a skeleton rendered by the band’s go-to artist, Pushead. The limited-edition line gives a whole new meaning to rock of ages.

It was 2011 when Marcia Smith founded HGC, a socially driven brand that celebrates Black culture. Now, Footlocker is spreading that message by collaborating with the label on a 12-piece collection that pays homage to the “Black and Proud” movement of the early ’90s.

Nothing beats the whiff of babbling brooks or redwood-lined trails. Now, thanks to Harry’s, you don’t have to venture to the great outdoors to get that experience. The brand has released a number of deodorants with different scents inspired by nature, giving us a reason to be all happy campers.

Suspel and Studio Nicholson are cut from the same cloth. Both labels offer elevated, timeless wares. Each, however, have a greater focus on how a garment is made: Suspel is obsessed with textiles, specifically ​​cotton jersey, and Studio Nicholson strives for the perfect, multifunctional silhouette. Now, the two have combined their expertise on a line of hoodies and tees.