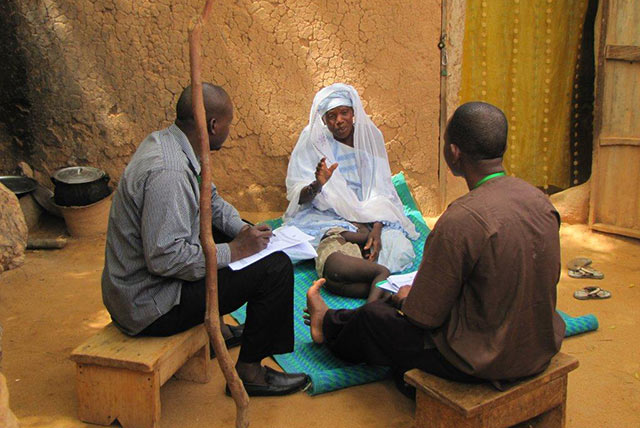 The Government of Niger gives great priority to seed security in its National Policy Document (PSN) of 2012. The Policy foresees an emergency plan in the event of a declared emergency to support the population with seed adapted to local conditions.

This context has justified the recent FAO initiatives implemented in Niger through the ECHO funded project Food Security Capacity Building, aimed at supporting national experts to lead and manage seed security assessments and providing national stakeholders with the ability to better analyse seed security. These actions are geared towards the establishment of better mapping and understanding of the functioning of the seed sub-sector.

Initial training was provided to 22 national professionals about seed security assessment techniques; five of them have received additional training in Niamey on 15-18 October 2014 to become national trainers. As part of the practical exercise of this training of trainers, a pilot study was conducted from 10 to 20 November 2014 in the Tillaberi region in the three rural districts of de Dantchiandou, Imanan and Kourthèye involving a sample of 240 households and the Final Report is now available for further use of all stakeholders. The methodology used was based on the revised Seed Security Conceptual Framework of (SSCF). From this study, some lessons have been learnt:

The recommendations to improve seed security include: