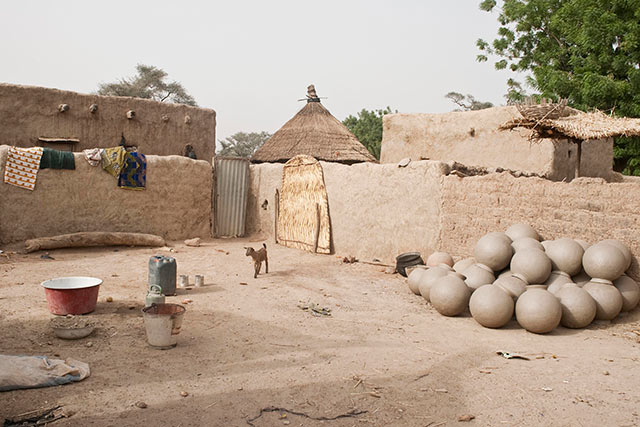 The world can definitively stamp out a plague that devastates sheep and goats, freeing hundreds of millions of rural families from one of the major risks to their food security and livelihood. FAO and the World Organization for Animal Health (OIE) will outline a strategy for the total eradication of Peste des petits ruminants (PPR) by 2030 at a an international conference starting today in Abidjan, the capital of Ivory Coast, where so-called goat plague was first diagnosed in the 1940s.

PPR has expanded rapidly in the past 15 years, is now present in around 70 countries across South and East Asia, Africa and the Middle East and if left uncontrolled will likely make inroads into Europe. If flocks are not vaccinated, it can kill as many as 90 percent of the animals it infects.

Until now, rinderpest is the only animal disease to have been eradicated. FAO and OIE led the campaign and declared that catastrophic cattle plague, the cause of famines and the collapse of empires, effectively extinct in 2011.

“If the major achievement of eradicating rinderpest can be replicated for another major transboundary animal disease such as PPR, the positive impact on the livelihoods of farmers and food and nutrition security for all communities, Sustainable Development Goals and the United Nations’ Zero Hunger Challenge will be substantial,,” said FAO Assistant Director-General for Africa Bukar Tijani at the start of the FAO and OIE International Conference for the Control and Eradication of PPR (31 March-2 April 2015).

“It is of utmost importance for the success of the PPR control and eradication campaign to count on robust and well-resourced veterinary services and vaccines that comply with the international standards of the OIE” said OIE Director General Bernard Vallat.

Virus with widespread impacts in the crosshairs

The technical tools to achieve eradication are already available, according to FAO and OIE livestock health experts.

PPR is a virus closely related to Rinderpest, sharing traits that make it an apt target for an outright eradication campaign: An inexpensive, safe and reliable vaccine exists, as do simple diagnostic tests, while the virus has a relatively short infectious phase and does not survive for long outside a host.

There are ample economic incentives to target complete eradication of PPR. Some 2.1 billion small ruminants worldwide – 80 percent of them in affected regions – represent an important asset for a third of poor rural households in developing countries. Goats and sheep readily adapt to harsh environments, require little fixed-capital investment such as barns, provide year-round protein and dairy products as well as income from wool and leather, improve fertility of the soil, and serve as a “mobile bank”.  As women often own and tend sheep and goats, the animals have an important role in the pursuit of greater gender equity.

The disease, which provokes high fever, rapid emaciation and respiratory collapse, causes annual global losses of between $1.45 billion and $2.1 billion each year, a figure that does not include indirect losses linked to restrictions on trade and livestock mobility triggered by outbreaks.

FAO and OIE also note the campaign will bolster veterinary systems in local settings to national level as their role is essentiel in the success of the campaign.

Without a concerted effort aimed at eradication, the global price tag for poorly-targeted PPR vaccinations are anyway likely to run between $4 and $5.5 billion over the next 15 years.  Within this range, FAO and OIE believe that if properly targeted and coordinated, these efforts can focussed to eliminate once and for all the scourge of PPR and not have the current costs associated with battling out PPR outbreaks or new incursions.

The campaign‘s success requires political commitment in providing financial and human resources, including effective outreach schemes to deliver vaccines and secure the collaboration of both vulnerable peoples in rural areas as well as of researchers and pharmaceutical companies.