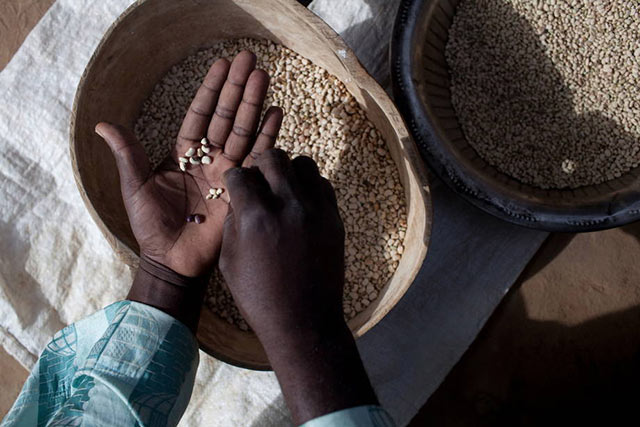 The government of Mali and FAO have launched the implementation phase of a $5 million project aimed at restoring the livelihoods of households affected by the armed conflicts and climate change in the northern part of the country.

The move was announced by Mali’s Minister for Rural Development, Bokary Treta, and FAO-Director-General José Graziano da Silva during an official visit here.

Agriculture in parts of Mali, particularly the north, has been seriously affected in recent years by civil strife and related impacts such as labor shortages due to population displacements, lack of agricultural support services and fragmentation of markets. Although last season’s rains have been good, in recent years erratic weather, dry spells, and flooding have exacerbated these problems.

This new project will seek to immediately restore production assets to families in the Goa, Mopti and Timbuktu regions. Activities will focus on assisting 25,000 households to restart food and horticultural production and providing 8,000 pastoralist families with feed and veterinary products for their cattle. Beneficiaries will also receive training in farming and nutritional good practices, with emphasis on the needs of women’s groups engaged in horticulture.

“Our goal is to feed 16 million Malians,” added Minister Treta. “FAO has always stood with Mali — in hard times as well as now, when we are seeing real progress in reducing the numbers of the hungry,” he said.

This project is part of a $100 million -World Bank Economic Recovery and Reconstruction Programme in Mali. FAO is implementing the agricultural component in the north of the country at the request of the government of Mali.

“The partnership between the World Bank and FAO is win-win, because it allows for FAO’s technical know-how to be deployed to support the investments that Mali so very much needs,” Graziano da Silva noted.

Strategic framework for the Sahel

FAO is working with Mali and other countries in Africa’s Sahel region to build the resilience of rural livelihoods and local food and nutrition security systems. FAO is working to combine humanitarian assistance and development actions in order to help the countries deal with threats and disasters that affect agriculture, food security and nutrition in a proactive and efficient way.

In 2015, under the United Nations Strategic Response Plan for the Sahel region, FAO launched an appeal for $116 million in support of 5.4 million people. The FAO’s $15.4 million strategic response plan for Mali aims at improving the living conditions of about 400,000 people facing food insecurity and to ensure a sustainable return of the displaced persons and refugees in the best possible conditions, while supporting host communities.