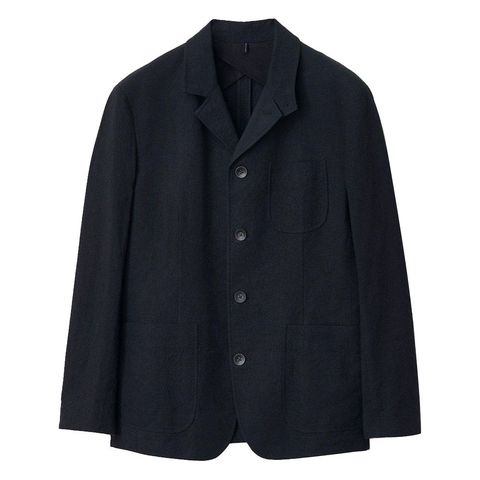 If there’s one thing we can all agree on, it’s that there are countless ways to be in the middle of something and none of them are good. You can be a middleman, work in middle management, or own a business with middling Yelp reviews. You can be lost in the middle of nowhere, eat at a middlebrow restaurant, or, ye gods, live through the middle ages. Malcolm did not relish being in the middle, nor did that cop who got his ear cut off in Reservoir Dogs. And no one is enjoying being smack in the middle of a pandemic.

The middle. Not great!

And now we’re about to step one foot out of summer’s warm, buttery embrace and enter a middle time between the seasons. It’s that portion of the year when it’s still pretty damn warm during the day but cools down to oooh-I-might-need-a-light-coat temperatures during the evening. Most of the time you’ll be fine rocking something a little less formal like Taylor Stitch’s magnificent Long Haul trucker or Outerknown’s moleskin shirt. But what happens when, say, you get an invite to a fancy-ish rooftop shindig where the vibe isn’t fully buttoned-up but you still want to look, as Stanley Ipkiss would put it, s-s-s-s-smokin’?

This is not your standard blazer. Built from Japanese crinkle cotton, the Parker has a slightly wrinkled texture that’s pleasing to look at both up close or when viewed from across the room. It makes anyone wearing it stand out in the most subtle way. Better yet, the material feels substantial, like it won’t tear if it gets caught on a nail or someone slashes at you with a rusty butter knife. The four front buttons along with patch pockets give it a more casual, I kinda don’t give a shit vibe without being pretentious.

Toss it on and it feels light but not flimsy. You aren’t going to sweat through this thing. You could also easily wear it to a three Michelin star restaurant or a nighttime ballgame. Want a little more swagger? Pop the collar. A little less swagger? Throw on a light collared shirt underneath. Or, hell, try it with shorts. 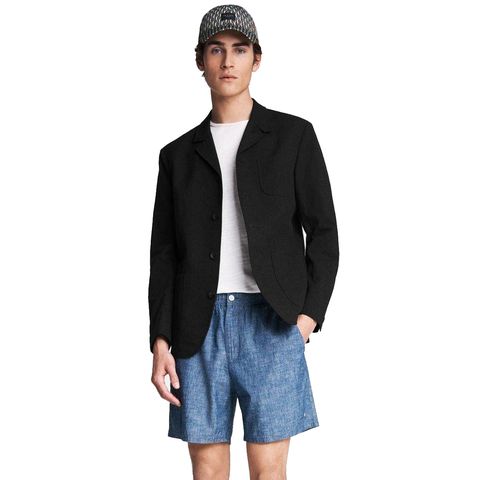 There’s never been a better time to pick up one of these blazers. Rag and Bone has dramatically hacked the price down from five bills to a cool $200. For a closet staple this versatile, that’s an exceptional deal. And remember, this jacket isn’t about shooting for the middle; it’s about finding balance. Balance is great. Even in the middle of a middling season.