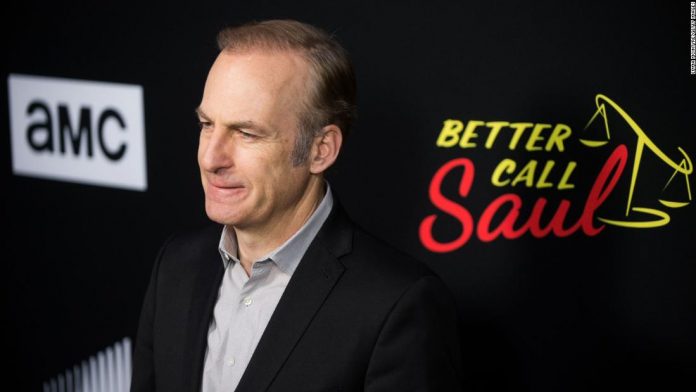 The actor tweeted, “Hi. It’s Bob. Thank you. To my family and friends who have surrounded me this week. And for the outpouring of love from everyone who expressed concern and care for me. It’s overwhelming. But I feel the love and it means so much.”
Odenkirk collapsed while shooting “Better Call Saul” in New Mexico in what his representatives said it was “a heart related incident” to CNN on Wednesday. In a second tweet, Odenkirk said he had a “small heart attack.”
“Better Call Saul,” currently in production for its sixth and final season, is a prequel to the AMC crime series “Breaking Bad,” which ran for five seasons between 2008 and 2013. “Breaking Bad” introduced Odenkirk as Saul Goodman, the criminal defense attorney for the show’s protagonist, Walter White, played by Bryan Cranston.
Cranston and another “Breaking Bad” co-star, Aaron Paul, expressed their support for Odenkirk on social media. Paul wrote on Instagram, “I love you my friend” alongside a photo of Odenkirk.
Cranston asked fans on his Instagram page to “take a moment in your day today to think about him and send positive thoughts and prayers his way.”
For his role as Saul Goodman, Odenkirk has been nominated for four Golden Globe Awards and four Primetime Emmy Awards.
He has previously served as a writer for “Saturday Night Live,” and co-created and co-starred in the HBO sketch comedy series “Mr. Show with Bob and David.”

CNN’s Joe Sutton and Amy Woodyatt contributed to this report.

The winner of ‘America’s Got Talent’ is …