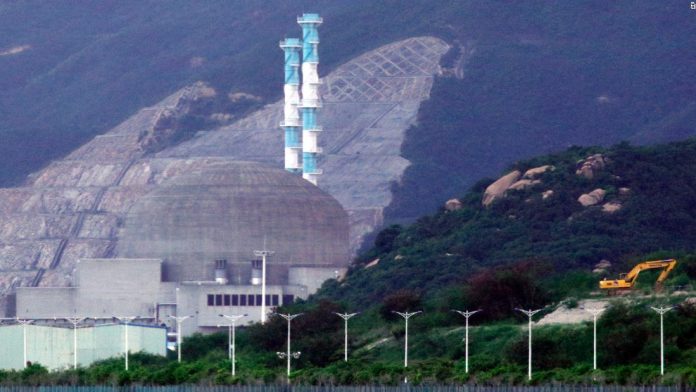 State-owned China General Nuclear Power Group (CGN) said in the statement that “a small amount of fuel damage” had occurred during operation, but it’s still “within the limits allowed by the technical specifications.”
It added that “after thorough discussions between French and Chinese technicians, Taishan Nuclear Power Plant decided to shut down Unit 1 reactor for maintenance, and to examine the reasons of fuel damage and replace the damaged fuel.”
The statement further emphasized that the reactor is “safe and under control.”
CNN first reported in June that the French company Framatome — which supports operations at Taishan — had warned of an “imminent radiological threat” at the plant, prompting the United States government to investigate the possibility of a leak.
Framatome is a subsidiary of French power giant Electricite de France (EDF), which holds a 30% stake in the plant’s owner and operator, Taishan Nuclear Power Joint Venture Co., Ltd — a joint venture with CGN.
The Chinese government responded in June by saying that radiation levels around the plant were normal, adding “less than 0.01 percent” of more than 60,000 fuel rods in Unit 1 reactor were damaged. It said the damage was “inevitable” due to factors including fuel manufacturing and transportation.
In July, an EDF spokesperson said the situation was “serious,” but not an emergency.
The spokesperson said if the reactor was in France, the company would have shut it down already due to “the procedures and practices in terms of operating nuclear power plants in France.”
The spokesperson did not directly call on China to halt operations at the plant, noting it was a decision for CGN.