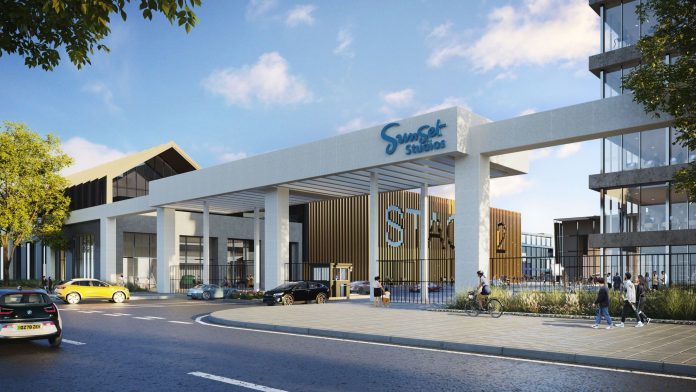 A £700m studios facility is due to be built just north of London as a Hollywood consortium eyes up expanding across the Atlantic.

Located just 20 miles east of the Warner Bros Studios in Leavesden – home to Harry Potter – the new venture is set to create 4,500 jobs.

The development will be the first Sunset Studios operation outside of the US, where the owners – Blackstone, a private equity firm, and Hudson Pacific Properties, a real estate giant – run four studios.

So far, a £120m, 91-acre site has been secured 17 miles north of central London in Broxbourne, Hertfordshire.

As well as Leavesden, the new “campus” will be eyeing up competition from Pinewood Studios in Buckinghamshire – where James Bond and the Star Wars films have been shot.

James Seppala, head of Blackstone Real Estate Europe, said: “We are excited to expand our partnership with Hudson Pacific into the UK and intend to deliver a world-class studio facility that will help ensure that the UK continues to be a premier destination for content production globally.

“This is a continuation of our thematic investment focus and long-term conviction in media, entertainment and content creation.”

Victor Coleman, chairman and chief executive officer of Hudson Pacific, said: “With our expertise developing and operating state-of-the-art media campuses and Blackstone’s resources and existing market presence, we are confident this facility will be in high demand from leading content creators.

“We look forward to working with Broxbourne Council to ensure the project has a meaningful positive impact on the local community.”

He said: “The creative industries are at the heart of our plans to build back better. This will be a hub for both UK and international productions, showcasing home-grown talent on the global stage.”