Home Top News FAO is supporting the return of displaced people with distributions of vegetable... 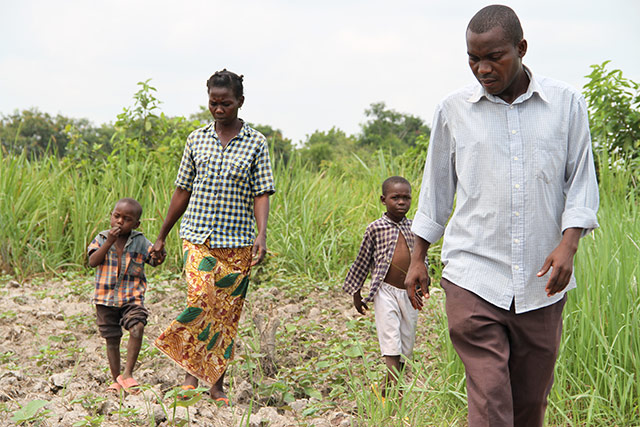 Laurentine and her three children found refuge in the spontaneous settlement in the airport area of Bangui in December 2013. “We had to flee our home as we feared for our lives. We started to work the land as soon as we settled into the camp, everyone has a plot. Today we returned to our houses a few hundred meters from the camp and continue to work in the field.” 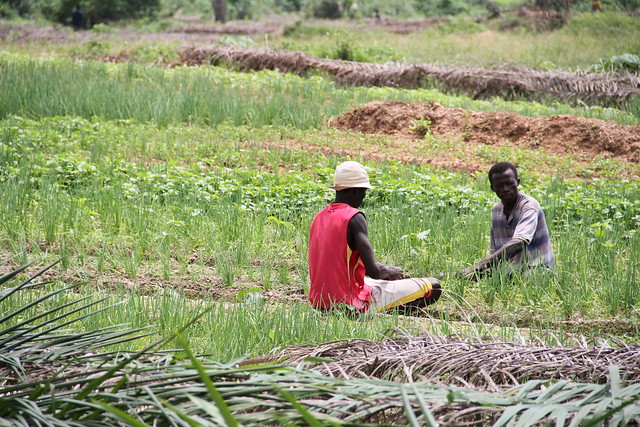 Laurentine and Martial came to receive the seeds and tools for the 10-member association called “Maboko na Maboko”, which means “hand in hand” in Sango, located in district eight of Bangui. A few weeks earlier, Laurentine filed a request to be entitled to receive seeds by FAO. Today, she came to receive watering cans, shovels, rakes and three varieties of seeds (amaranth, okra and onions) that will allow her to continue working on her plot of land.

Since the beginning of the crisis, Laurentine managed to do the best she could to plant potatoes and cassava in a small garden near the camp by the airport. “So far we’ve used the means we had. These distributions allow us to improve and diversify our production”, she says.

“We consume much of what we produce and we sell the rest, which enables us to pay the school fee for our oldest son and buy basic necessities, such as salt, soap and medicines. We have been working in the fields for generations and when my kids come home from school, they come running to join us in the field because they want to learn our business.”

Throughout 2014, as part of the response to the food and nutrition security crisis in the Central African Republic, FAO and its partners plan to distribute seeds and tools to 120 000 farming families affected by the conflict. In July 2014, 80 000 vulnerable households already received seeds and tools for the first cycle of the planting season.