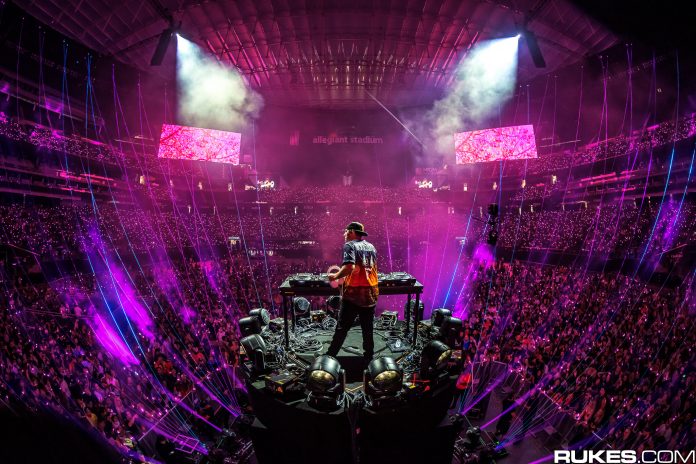 Illenium achieved new heights with his headlining Trilogy performance at Allegiant Stadium in Las Vegas on July 3rd. An experience that the producer says “will be ingrained in my memory for decades to come.”

Now, we can go behind-the-scenes with Illenium and crew as they share what it takes to put on a massive stadium show such as this one. All the hard work — blood, sweat and tears — to build an unforgettable night with three distinct sets.

I think Trilogy right now is needed for people, whether people have connected with me over Ashes, over Awake, over Ascend, or any of my new songs. I think everyone is needing a community. Everyone is needing friendship and love and just this place to feel safe. That’s what I wanted to offer with Trilogy.

In this mini-doc, Illenium discusses how preparing each set brought back his obsession for each era of music. As well as his influences of indie, pop, rock, and punk — and much more.