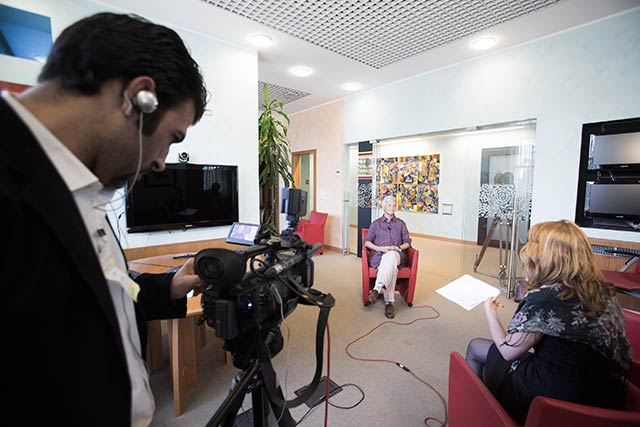 All sides of the conflict in South Sudan have at times become very “fixed, dark and negative” as outbreaks of violence continue. The country needs lasting peace so that it can see the benefits of its agricultural potential, according to the FAO’s representative in South Sudan.

Sue Lautze is the UN Food and Agriculture Organization’s representative in South Sudan. Her humanitarian work has spanned 25 years, including posts with the government of Ethiopia, other UN agencies and donor governments. She spoke to EurActiv’s Marc Hall.

How long have you been the FAO’s representative in South Sudan?

I’ve been there just under two years, coming and going from greater Sudan for the better part of a couple of decades, though. It’s a country I keep going back to.

The potential for agriculture there is just stunning. It’s both a source of permanent inspiration and perpetual frustration, because all of the resources of the Nile river and the floods bring so much fertility to the land. They have maybe 30 million different kinds of livestock. The potential for innovating, a lot of the climate-smart agriculture and conservation agriculture, the really amazing technologies that were developed while Sudan was at war with itself, you can bring them all into South Sudan. You could see that you could, but we’re so far away from being able to transform the agriculture there. That’s why I went back, to try to help the country emerge from this legacy of underdevelopment, conflict, marginalisation and into a pathway of what is so very cool about agriculture these days: save and grow technologies, preserving the environment while increasing your production, all these things that the FAO is pushing elsewhere. The fact that we’re not there right now is frustrating.

All of these technologies then that were being developed elsewhere – Sudan, as it was called then, didn’t have access to them…

…Because of the war. It started in the mid ’50s, then had a ten-year hiatus from basically 1972-73 onwards. In that ten year period they experienced agricultural developed of the 1970s. And then they went back to having a 30-year war. So many of my counterparts, the only development they know is the development of the 1970s. They don’t know the developments of 2014 in agriculture.

So using 1970s technologies and techniques?

Absolutely, it can be almost surreal sometimes when they ask you for “model farms”, all these things that we know weren’t very effective for agricultural development. But that’s what they know to be development, and then they fight this war and they come out and they want “development”, of course. Well you say, actually, development is, kind of, about no tillage, not massive tillage. That was all before December 15.

Yes, I was going to ask, what is the situation like now (since civil war broke out on 15 December 2013)?

The situation now is heartbreaking. South Sudan had its best year agriculturally ever last year. Production of the crops was 25% over the five-year average, and that was the result of a lot of effort, effort by us, but effort by the government, by other partners. Good rains, and relative peace throughout the country. That all combined.