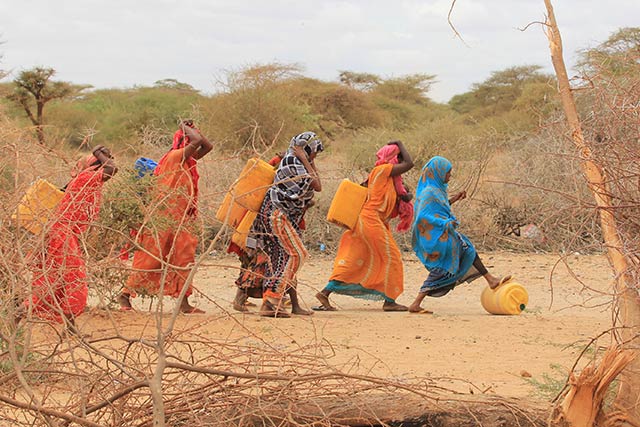 Somalia’s food security crisis is expected to worsen over the next several months following poor performance of the major rainy season (Gu), shrinking humanitarian assistance and access, increasing malnutrition, conflict and surging food prices, analysts have warned. A severe water shortage is also expected in the months to come.

However, substantial population displacement and sharp increase in cereal prices due to trade disruptions in parts of Southern Somalia following the Government’s military offensive against insurgents in March; late and largely below normal Gu (April-June) rainfall in most parts of Somalia and a general increase in cereal prices, among other factors are worsening an already acute crisis.

Rainfall data collected and analyzed by FAO’s Water and Land Information Management Unit (SWALIM) suggests that the Gu rains were erratic in nature starting late and ending early with very poor spatial distribution across the Horn of Africa nation. Most rainfall observing stations recorded less than 50 percent of normal rainfall during the season and water levels in the Juba and Shabelle are currently low. This is expected to lead to faster depletion of available water sources.