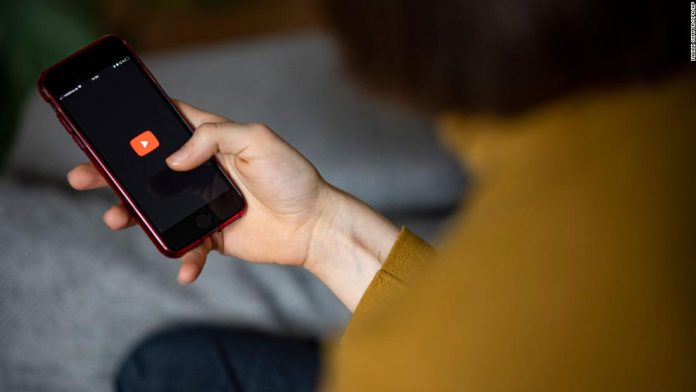 According to the Google (GOOGL)-owned platform, the broadcaster was issued a “strike” last Thursday, which prevents it from posting videos or live-streams for a week. Three strikes over a period of 90 days would result in a permanent removal of the channel.
A YouTube spokesperson did not disclose which videos by Sky News Australia had violated its policies, but said in a statement issued on Monday that “we don’t allow content that denies the existence of Covid-19 or that encourages people to use hydroxychloroquine or ivermectin to treat or prevent the virus.”
Public health authorities have warned against using the two drugs to battle the coronavirus.
YouTube does “allow for videos that have sufficient countervailing context, which the violative videos did not provide,” the representative added.
Sky News Australia hit back in a statement Monday, saying that it “expressly rejects that any host has ever denied the existence of Covid-19 as was implied, and no such videos were ever published or removed.”
A spokesperson for the broadcaster added that “we take our commitment to meeting editorial and community expectations seriously.”
Sky News Australia is run by a subsidiary of News Corp Australia, owned by billionaire media mogul Rupert Murdoch. The channel, which is known for its conservative commentators, has 1.86 million subscribers on YouTube.
On Sunday, the outlet posted an online article by its digital editor, Jack Houghton, who argued that the decision was “a disturbing attack on the ability to think freely.”
In the piece, he claimed that YouTube’s decision to suspend the network was “for publishing opinion content the tech giant disagrees with.”
“Among the videos deemed unpalatable for societal consumption were debates around whether masks were effective and whether lockdowns were justified when considering their adverse health outcomes,” Houghton wrote.
“It is hard not to look at some of these tech giant censorship decisions as being based on one factor, the political persuasion of the person making the comments.”
Australia has recently been undergoing a series of strict lockdowns to combat the spread of the coronavirus. Just last week, stay-home restrictions in Sydney were extended by four weeks over concerns about the highly transmissible Delta variant. The intensity of the measures have triggered fierce public debate.
YouTube, for its part, maintains that its policies are in place to “prevent the spread of Covid-19 misinformation that could cause real-world harm.”
“We apply our policies equally for everyone regardless of uploader,” the spokesperson said.
Social networks have been under pressure to rein in false claims about the coronavirus since the start of the pandemic.
Last fall, YouTube said that it would remove videos that included misinformation about Covid-19 vaccines, while CEO Susan Wojcicki told CNN’s Poppy Harlow that the platform had worked to take “a really tough line” on the subject.
“We’ve implemented more than 10 different policies on Covid,” she said in an interview last October.