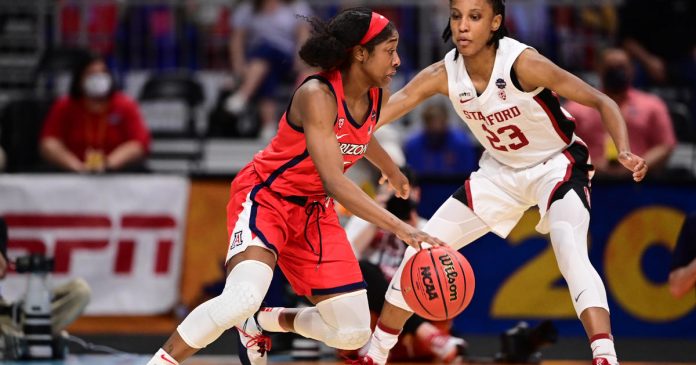 The NCAA “significantly undervalues and underutilizes” women’s college basketball even though the sport is projected to command  $112 million in broadcast rights alone in 2025, according to a new equity-in-sports report for the athletic association.

The report comes almost six months after women’s college basketball players and coaches complained about disparities they experienced during the men’s and women’s March Madness tournaments. The weight-training facilities, the frequencies of COVID-19 testing and even the game floor were all subpar compared to what was offered for the men’s tournament, coaches said.

After that incident, the NCAA commissioned an independent review from an outside law firm. The review, released this week, concluded that the NCAA’s gender problems go far behind mere dumbbells.

There’s gender inequality in basketball because the NCAA’s money-making apparatus was built decades ago for men’s sports, the report’s authors said.

“The NCAA’s broadcast agreements, corporate sponsorship contracts, distribution of revenue, organizational structure and culture all prioritize Division I men’s basketball over everything else in ways that create, normalize and perpetuate gender inequities,” the report states.

NCAA officials did not immediately return requests for comment Tuesday.

The NCAA later apologized for the tournament shortcomings. In March, NCAA Senior Basketball VP Dan Gavitt said the organization will do better at addressing disparities between their men and women’s leagues.

The gender equity report also suggested that NCAA officials have pushed a false narrative that women’s basketball is a money-losing operation despite the sport’s rising popularity.

“Television viewership for this year’s Division I women’s tournament was the highest it has been since 2014,” the report said in rebuttal. “This year, for the first time ever, ESPN nationally televised all 63 games of the women’s tournament and many Division I women’s basketball players now have huge followings on social media that are unrivaled by their male counterparts.”

This is a developing story.