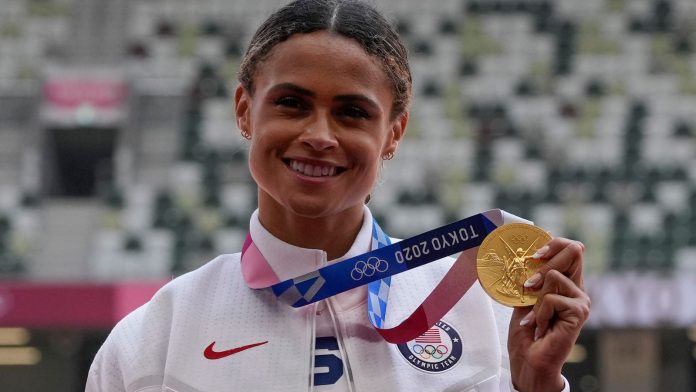 The USA’s Sydney McLaughlin broke her own world record to clinch the 400m hurdles gold medal at the Tokyo Olympics.

The 21-year-old clocked 51.46 seconds having previously set a world best of 51.90secs to become the first woman to break the 52-second barrier in June.

“I’m absolutely delighted. What a great race. I’m just grateful to be out here celebrating that extraordinary race and representing my country,” she said.

“I saw Dalilah ahead of me with one to go. I just thought ‘run your race’.

“The race doesn’t really start until hurdle seven. I just wanted to go out there and give it everything I had.

“I can’t really get it straight in my head yet. I’m sure I’ll process it and celebrate later.”

McLaughlin powered through in the last 20 metres to take the title and beat defending champion Muhammad having been third on the final bend.

It came after the men’s 400m hurdles on Tuesday – already labelled one of the greatest races – when Karsten Warholm broke his own world record to win in 45.94s.

He took almost a second off his previous world best of 46.70s he set in Oslo at the start of July.