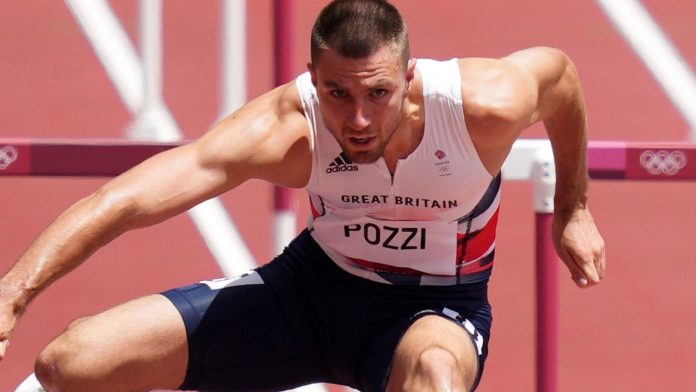 Andrew Pozzi qualified as a fastest loser for the 110m hurdles final which takes place on Thursday; the 29-year-old sustained a hamstring injury that impacted his London 2012 campaign and he missed out on the final at Rio 2016

Andrew Pozzi has made the 110m hurdles final at the Olympics for the first time in his career.

The world 60m champion finished fourth in his semi-final in 13.32 secs and had to wait to see if he would qualify as one of the fastest losers.

He reached the semi-finals in Rio five years ago and the 29-year-old admitted it was a nervous time to see if he made it through to Thursday’s final (3.55am BST).

“That wait was horrible, excruciating. It’s the first time I’ve had to go through that wait, hopefully it will be the last, and I’m so happy to make the final,” he said.

“I feel like I’m growing in this competition, I felt much more comfortable on that run, and I’m really confident that tomorrow will be better again. I’m really happy to have the opportunity to do more.”

The Scot looked strong after moving into the top three early and was untroubled in the final lap.

She said: “Everyone always talks about the final but you have to get there first. To make an Olympic final is still a very big achievement and I’m very happy I’m there now and can look forward to Friday.

“I saw we were clear at the end so I eased down a bit. I saw the first semi-final was quite quick so the fastest loser spots were going to be tough. I didn’t want to get pipped on the line and wanted to keep out of harm’s way.”

Keely Hodgkinson has claimed the only athletics medal of these Olympics for Team GB so far. The 19-year-old won silver and broke Kelly Holmes’ British record in the 800m.

Dina Asher-Smith, Adam Gemili and Katarina Johnson-Thompson were all medal favourites coming into the Games but have suffered respective injuries during their events in Tokyo.