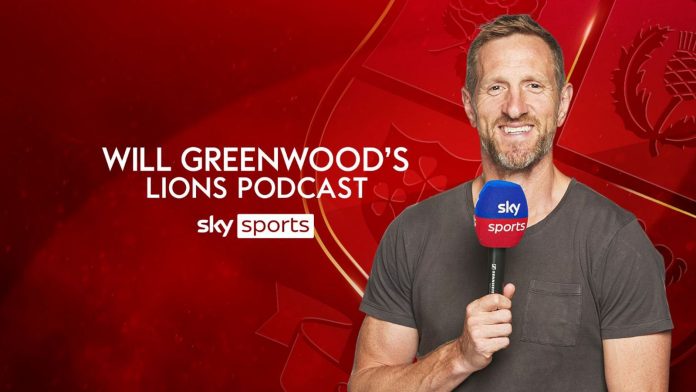 Every match from the British & Irish Lions tour of South Africa is exclusively live on Sky Sports; fans who don’t have Sky will be able to catch all the action via streaming service NOW, which offers day and monthly passes. Tune in to watch the series-deciding third Test on Saturday

Former Springboks captain Jean de Villiers joins Will Greenwood on the latest Lions podcast, looking back at Lions vs SA tours in 1997, 2009 and this summer…

Greenwood and De Villiers discuss the Lions’ 2-1 victorious series in South Africa in 1997, and that brutally physical series in 2009, which the Boks won 2-1.

The pair also look back over the opening two Tests of the 2021 Lions tour in South Africa, run the rule over team selections for the third Test and preview Saturday’s huge clash, which is live on Sky Sports.

“The human body is probably not made to play the game of rugby. After every Test match, your body is sore the following day, but then – when I watch that game again – and you see medics running on, having to take care of this guy, and then the other guy,” De Villiers says of the second Test in 2009.

“The ebb and flow, the highs and lows of that First Test – and then the Second Test match even more so – I’m just so fortunate that I was a part of that series, because I thought it was so intense, so captivating… It was very enjoyable but tough.”

On Morne Steyn’s winning long-range kick in 2009, De Villiers added: “Morne immediately walked up to John Smit and said: ‘I want this’.

“Frans Steyn could’ve taken the kick as well, and he’s certainly got the distance, but Morne wanted it – home field, in his Second Test match… And he slots it so easily.

“Post the kick, you could just see he was so in the zone, because he slots it through the middle with another 10 metres to go, and then he nonchalantly bends down, picks up his tee, and just wants to walk off the field!”

Will Greenwood is hosting a weekly Lions podcast as Warren Gatland’s tourists take on the world Champion Springboks over the summer – all the games from the 2021 tour will be shown live on Sky Sports.