Home Culture Rihanna is officially a billionaire at 33 years old, according to Forbes 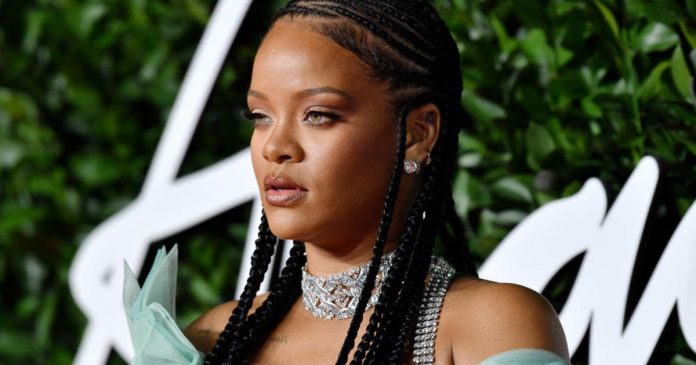 Singer-turned-beauty and fashion mogul Rihanna is officially a billionaire, Forbes announced on Wednesday. Her net worth is now an estimated $1.7 billion – about four years after launching her successful beauty line, Fenty Beauty, making her the richest female musician in the world.

It was her business – not her music career – that boosted her to billionaire status. She not only owns 50% of Fenty Beauty, which is named after her given name, Robyn Rihanna Fenty, but she also has a stake in lingerie brand Savage X Fenty.

With her stake in the cosmetics company valued at $1.4 billion and her stake in the lingerie company worth an estimated $270 million, Rihanna is now the second wealthiest female entertainer, after Oprah, according to Forbes. Money made from her music career also adds to her portfolio.

The 33-year-old was born in Barbados and released her first studio album in 2005. She has since released seven more albums and won nine Grammys. She’s known on Instagram, where she has 103 million followers, as “badgalriri,” and she often uses the platform to advertise her brands to the masses.

When she launched her makeup line in 2017, it originally stood out for its diverse rang of colors, offering foundations in a wide variety of skin tones. French luxury goods conglomerate LVMH, which also owns major fashion brands like Louis Vuitton, owns the other 50% of Fenty Beauty. The brand brought in more than $550,000 million in its first year, beating similar brands like Kylie Jenner’s Kylie Cosmetics, according to Forbes.

In addition to her overall net worth, Forbes estimates Rihanna made $46 million in 2020, according to their highest-paid celebrity list, where she ranked 60 overall.