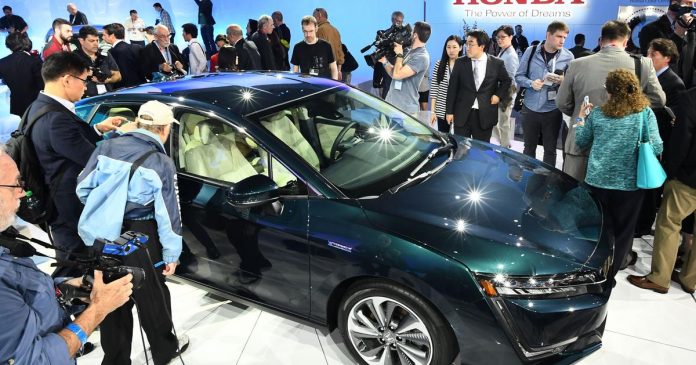 The New York International Auto Show has become a casualty of the fast-spreading coronavirus Delta variant.

Show organizers said Wednesday that they’ve decided to cancel it this year, a little over two weeks before the scheduled start.

The reasons are the growing spread of the variant and recent restrictions announced by state and local officials to fight it.

“Over the past few weeks, especially within the past few days, circumstances have changed, making it more difficult to create an event at the high standard that we and our clients expect,” Mark Schienberg, the show’s president, said in a statement.

The annual New York auto show is typically the biggest convention gathering in New York City each year, drawing more than 1 million visitors to the Jacob Javits Convention Center in Manhattan for the multiday event and generating millions of dollars in revenue for local businesses.

This year’s already-delayed show was scheduled to begin with a press day on August 19. The next show will come in April 2022, spokesman Chris Sams said.

The show was scrubbed before automakers’ trucks left warehouses to start moving in to the Jacob Javits Convention Center in Manhattan, Sams said. He said current government precautions wouldn’t have stopped this year’s show, but organizers feared the situation could worsen between now and the start.

Once the trucks depart, costs to automakers grow, he said.

The New York show and others including Detroit and Los Angeles were canceled last year due to the pandemic. Chicago was able to squeeze in its show this year before cases spiked.