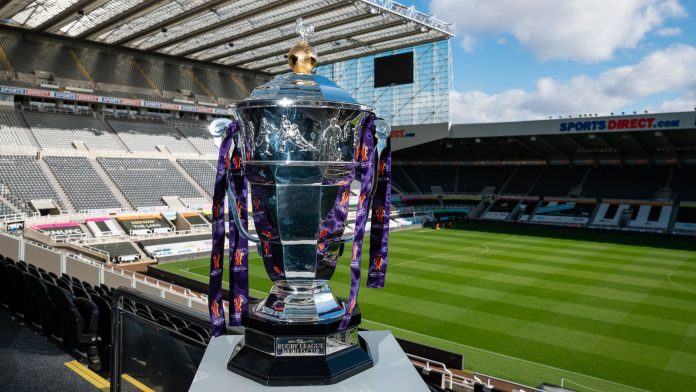 Australia and New Zealand withdrew from the 2021 World Cup citing safety concerns amid the coronavirus pandemic; the tournament had been scheduled to take place in England from October 23 to November 27

This year’s Rugby League World Cup in England is set to be postponed until 2022 after officials conceded defeat in their bid to stage the tournament as planned in the autumn.

The competition was due to take place from October 23 to November 27 but Australia and New Zealand withdrew because of “player welfare and safety concerns” amid the coronavirus pandemic.

Official confirmation of the postponement is expected on Thursday morning after tournament organisers held an emergency board meeting on Wednesday.

An announcement was expected in the evening but, after the meeting overran, a communication on behalf of officials confirmed this would now be made at 7.30am (BST) on Thursday and would be followed by a press conference.

The decision to postpone is expected to affect the men’s, women’s and wheelchair competitions, all of which were due to be held simultaneously in England.

The tournament’s chief executive Jon Dutton said last week the prospect of staging the World Cup this year was “50/50”.

Organisers had earlier expressed confidence the event would go ahead, announcing charter flights would be provided with biosecure bubbles in place for players and officials among a raft of safety protocols.

Yet this did not allay concerns from Australia and New Zealand, from where around 400 personnel were expected to travel to work with various teams.

Officials initially vowed to press on regardless, and began drawing up contingency plans involving alternative teams, but a statement on behalf of all 16 NRL clubs supporting the boycott last week proved the final straw.

New dates will now need to be found for the rearranged tournament and organisers are likely to want to avoid a clash with the FIFA World Cup in Qatar from November 21 to December 18 next year. Venues will also need to be rebooked and broadcasting arrangements renegotiated.

There will also now be a gap in the rugby league calendar this autumn. There have been suggestions the already heavily-disrupted domestic season could be extended as a result, or alternative internationals involving European nations staged.