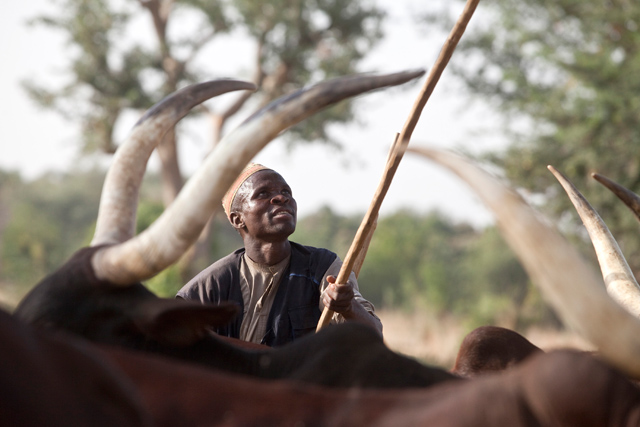 The time has come to break the “vicious circle” of crises in Africa’s Sahel by proactively building up the ability of pastoralist and rural communities to weather drought and other shocks, rather than merely helping them recover from disaster after the fact.

We cannot prevent droughts or floods, but we can put in place measures that will help stop them from turning into famine,” FAO Director-General José Graziano da Silva today told participants at a high-level event here in the Mauritanian capital.

The Nouakchott event, focused on the needs of pastoral communities, is the first of two back-to-back high-level meetings on boosting rural resilience in the Sahel organized by the World Bank, the Comité permanent Inter-Etats de Lutte contre la Sécheresse dans le Sahel (CILSS) and the governments of Mauritania and Senegal. The second, looking at irrigation needs in the region, takes place in Dakar, Senegal on October 30 and 31st.

A way of life at risk

Poor weather and high food prices have in recent years sparked recurring food and nutrition crises in the Sahel, leaving many rural families in precarious circumstances and on a vulnerable footing.

Among those most affected are the region’s estimated 16 million pastoralists — livestock-reliant people who regularly move their families and animals in search of water and pasture.

While pastoralism has long offered a way for these communities to cope with bad weather and a lack of productive land, their vulnerability to drought, flooding, and other disasters has been on the rise due to increasing competition for access to water and grazing lands.

And the Sahel is, and will likely continue to be, one of the world regions most affected by climate change, meaning that drought and other weather extremes will increase the pressures being brought to bear on pastoralists.

Often, when a crisis hits, the animals upon which pastoral families depend for food and income — as well as capital reserves — die in large numbers or are sold off to meet immediate needs. Selling animals might give temporary relief, but it also means the loss of a household’s only productive assets, leaving them even more vulnerable to future calamities.

“This is a vicious circle that we need to break,” Graziano da Silva said during a keynote address at the start of the Nouakchott meeting.

“The only way to end recurrent emergencies in the region is to change from a reactive to a proactive and integrated approach, focusing on resilient livelihoods,” he added.

The evidence shows that resilience works and is proving effective at saving not only lives and livelihoods but also money, the UN food chief argued.

For example, in 2003-2004, the cost of reacting to and suppressing a locust plague in the Sahel added up to $500 million. Last year, a similar crisis was avoided via the timely investment of $8 million that prevent a new outbreak from occurring, Graziano da Silva pointed out.

Similarly, studies show that supplementary feeding of livestock before crisis hits — thereby preventing animals from dying out during drought, disease outbreaks, or other shocks — is 16 times less expensive than buying new animals after mass-die offs.

“At FAO, we are convinced that resilience is key to food security and are raising its prominence in our work,” Graziano da Silva said.

Increasing the resilience of livelihoods to threats and crises is one of five new strategic objectives recently established by FAO to focus and guide its work.

Building on what works

Graziano da Silva highlighted a number of areas where more focused action can help improve the resilience of the Sahel’s pastoralist communities, including:

All such efforts will require a joint effort by local communities, governments and the development community, concluded Graziano da Silva.

“To build resilience, we cannot work alone. We need to work in partnership,” he said.