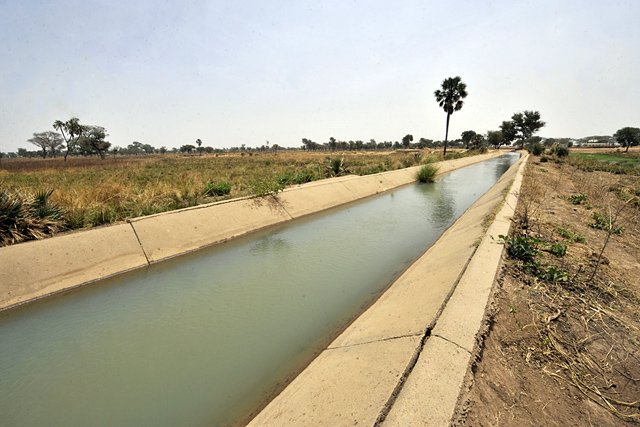 Agricultural potential waiting to be unlocked – greater attention and investment needed – Sound water management holds the key to building resilience in Africa’s Sahel and can free rural communities from the vicious cycle of weather-related food security crises that have plagued the region over recent years, FAO Director-General José Graziano da Silva said today at a high level meeting on resilience in the Sahel, focusing on irrigation and water management, with participants from Burkina Faso, Chad, Mali, Mauritania, Niger, and Senegal.

With both drought and flooding posing recurring challenges to the livelihoods of farmers and pastoralists, “water is often a problem in the Sahel, whether too much or too little. And the poorest and most vulnerable are the most affected,” he noted.

A demanding region, with potential

Owing to its often harsh agro-climatic and environmental conditions, the Sahel is one of the most vulnerable regions of the world.

Still, agriculture is the most important economic activity in the Sahel. Local economies and livelihoods in the Sahelian countries depend heavily on soil, water and vegetation, but the state of these resources has been steadily deteriorating as a result of expanding human settlement, erosion and demand for food, fodder, fuelwood and water.

Yet agriculture in the region – put on a path to resilience – holds great potential, Graziano da Silva argued.

While the Sahel is characterized by low and erratic annual precipitation, with irregular short rainy seasons, its renewable water resources put regional supplies above the standard water scarcity limit of 1,000 m3/yr per capita. Indeed, with the notable exception of Burkina Faso, there is no aggregate physical water scarcity in the Sahel.

But to unlock this potential, more effective, sustainable and integrated management of water resources for agricultural productivity and rural development is necessary.

The FAO chief urged governments, development partners, academia, civil society and private sector participants at the Dakar meeting to be creative and uncompromising in their search for solutions.

“We have the tools to transform the vulnerable communities of the Sahel into much stronger and more resilient communities, and we cannot wait anymore for the next drought or the next flood,” he said.

Investments in small-scale water harvesting and water storage have a tremendous impact on rural families, he said.

At the same time, more investment in medium to large-scale irrigation systems through effective partnerships between public and private sectors is needed, according to Graziano da Silva.

The event in Dakar was second of two back-to-back high-level meetings on boosting rural resilience in the Sahel organized by the World Bank, the Comité permanent Inter-Etats de Lutte contre la Sécheresse dans le Sahel (CILSS) and the governments of Mauritania and Senegal, with the participation also of the West African Economic and Monetary Union (UEMOA) and the Economic Community Of West African States (ECOWAS).

The first meeting, focused on the needs of Sahelian pastoral communities, took place in Nouakchott, Mauritania, on 29 October.