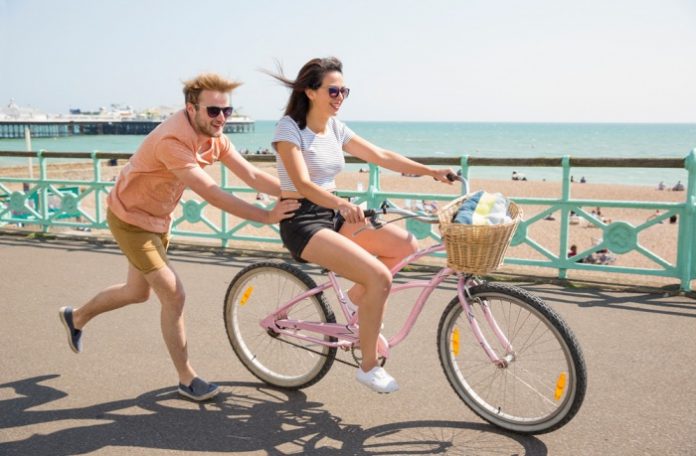 Hotel bookings in the UK have reached their highest level since the start of the pandemic, according to the World Hotel Index from SiteMinder.

This is the most concrete confirmation so far of the “staycation” boom the UK is currently experiencing, with bookings hitting 85 per cent of 2019 levels on July 29th.

Figures remained stable at 84 per cent of 2019 levels on August 1st.

The bookings are being driven by domestic tourism with 92 per cent of hotel bookings currently coming from within the country.

The overall hotel bookings, as a comparison to pre-pandemic times, first surpassed the global average on May 9th, and have since grown to sit at 20 percentage points above the current global average of 64 per cent.

The comparative booking levels are also outperforming those in a number of major European markets, including Portugal (82 per cent), France (70 per cent), Germany (71 per cent), the Netherlands (67 per cent) and Malta (74 per cent).

The vast majority of bookers over the past two weeks are due to arrive at hotels either this August (62 per cent) or September (19 per cent), showing the extent of the local pent-up demand that has been created from tightened travel restrictions this past year.

Coastal destinations in the UK have performed especially strongly this year, with hotel bookings in Brighton, for example, currently at 108 per cent of 2019 levels – having surpassed pre-pandemic volumes on June 6th.

Edinburgh is another standout destination, sitting at 112 per cent of 2019 bookings, while Bristol stands at 98 per cent by the same measure.

“The data illustrates the diversity and resilience of the UK as a travel destination, with cities of all kinds showing a sustained upwards trend throughout the year,” says James Bishop, senior director global ecosystem at SiteMinder.

“While challenges remain, after 18 months, recovery is now in sight for the country’s accommodation providers who should continue to be diligent about ensuring their business is in the best position to succeed now and in the future, and look to technology as a critical enabler.”