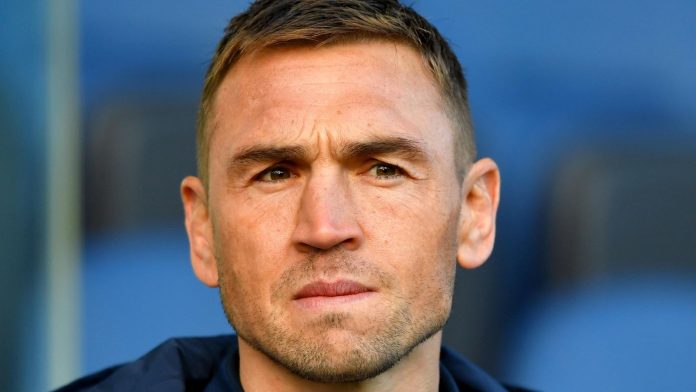 Four days after his father left Leeds for the second time, Kevin Sinfield’s 16-year-old son, Jack, has signed his first professional contract with the club.

Leeds say the scholarship half-back will get the chance to follow in his father’s footsteps after being allowed train with the first-team squad as part of his progression at the club.

“It’s a dream come true,” he said. “I can’t really believe it to be honest but I’m really happy and buzzing to have signed my first professional contract.”

Rising star Jack Sinfield, 16, has agreed his first professional contract with Leeds Rhinos after committing his future to the club, following in the footsteps of his dad Kevin Sinfield
➡ More https://t.co/a3wc5FCQuS pic.twitter.com/87yG0K6Yhb

Kevin Sinfield was the greatest captain in Leeds’ history, leading them to seven Grand Final triumphs and two Challenge Cup successes in a career spanning 18 years, and returned to the club three years ago as director of rugby, a role he relinquished after last Sunday’s game against Warrington.

Like his father, Jack Sinfield is a goalkicker who can play in either half-back position and Leeds coach Richard Agar admits comparisons will be made between the two.

“He’s probably going to face that for his whole career,” Agar said. “As a young player coming through, he has been sought after by a number of rugby league and rugby union clubs, such is his skill set.

“He has a terrific temperament and absolutely loves the game. He’s thoroughly professional and trains incredibly hard.

“We’re pleased to get his signature. It will come with some pressure with the name but I think he’s a kid that is not going to let that worry him one little bit.

“We’ve already seen that from working with him, and our coaching team have done a terrific job with him coming through our scholarship, that he is very much his own man.”