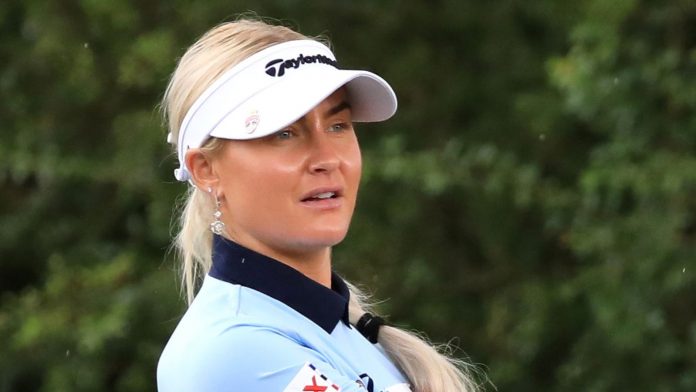 The Ladies European Tour’s Aramco Team Series continues this week in Sotogrande, with all three days available to watch for free via Sky Sports Golf’s live YouTube stream – watch live on Friday from 11am.

Charley Hull recovered from a pre-tournament sickness bug to jump into a share of the early lead at the Ladies European Tour’s Aramco Team Series event in Sotogrande.

Hull, who was forced to withdraw mid-round from the pre-tournament Pro-Am due to illness, carded seven birdies on her way to a bogey-free 65 at La Reserva Club de Sotogrande.

The Solheim Cup star sits top of the leaderboard alongside American Alison Lee, who birdied four of her final six holes to also make a blemish-free start, with the pair holding a two-stroke cushion over Sweden’s Johanna Gustavsson and Australia’s Stephanie Kyriacou.

“I’ll probably get my manager to get me sick more often, shoot low scores,” Hull said. “Yesterday I had a sickness bug all day. I literally lost 3kg overnight, which is pretty crazy. I was pretty dehydrated. I didn’t get to see the back nine of the golf course, but I shot four-under on it blind, so I felt like I played pretty well.”

English duo Felicity Johnson and Florentyna Parker in the large group tied-eighth on three under, with compatriots Alice Hewson, Bronte Law and Cara Gainer all five off the pace after opening 70s.

Alongside the individual competition is a team contest, where the best two scores are taken on each hole from a team consisting of three professionals and an amateur, with Team Wikstrom and Team Lampert leading the way on 15 under.