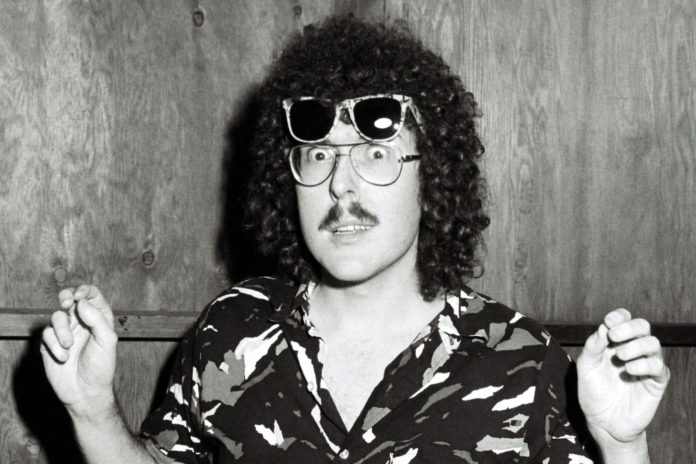 To most people, pairing the music of “Weird Al” Yankovic with a symphony orchestra probably seems like a ridiculous proposition. After all, does “I Love Rocky Road” really need a string section to adequately convey Al’s love of ice cream? Can’t we laugh at the Amish and Coolio in “Amish Paradise” without the help of a bassoonist? Can’t the subtleties of “Harvey the Wonder Hamster” and “Smells Like Nirvana” be expressed without trumpets, trombones and a tuba?

But during a ludicrously hot night at Forest Hills Stadium in Queens, New York, on Saturday, Yankovic and the Queens Symphony Orchestra proved why the distinctions between what some see as “low culture” and “high culture” are completely meaningless and that, yes, “I Lost On Jeopardy” does indeed sound a hell of a lot better with a swelling orchestral score behind it. It also proved that many of these parody songs have aged better than the originals that inspired them (honestly, when’s the last time anyone listened to “Jeopardy” by the Greg Kihn Band?), so why not deliver them in the most majestic way possible?

‘Weird Al’ Yankovic To Tour With Orchestra in 2019

The tone for the evening was set about an hour before Yankovic even appeared when the Queens Symphony Orchestra took the stage to great applause from the near-capacity crowd of Weird Al die-hards, many already sweating through their vintage tour T-shirts and fanning themselves like it was an Alabama courthouse in the Thirties. The orchestra began a John Williams extravaganza by playing the themes to Raiders of the Last Ark, Star Wars, and Superman. Bach and Beethoven have their place in the world, but it wasn’t here.

After a short intermission, the lights dimmed and the orchestra kicked into “Fun Zone.” This would be absolutely meaningless to anyone not intimately familiar with the 1989 box-office fiasco UHF, but to this crowd of proud nerds it was as recognizable as any of the John Williams scores we’d just heard. It also meant that the king of nerds everywhere (does anyone else even come close?) was about to come out and launch into a medley of “I Lost on Jeopardy,” “I Love Rocky Road,” and “Like a Surgeon.”

Yankovic’s prior tour was devoted almost exclusively to his original, non-parody songs, and he delivered them seated, accompanied only by his longtime band. This was the complete opposite of that. The parodies, costume changes, and video interludes were all back, but he clearly picked songs like “Jurassic Park” (a goof on Jimmy Webb’s bombastic “MacArthur Park”) where an orchestra could be used most effectively. “If I’m being honest, this next song is a big reason we’re doing this whole tour,” he said midway through the night. “It’s one of my most personal songs. I recorded it a long time ago and the lyrics are most meaningful to me. We’ve never done it live before. The reason for that is I didn’t want to do it live onstage unless we could do it properly, and by properly I mean with a 41-piece symphony orchestra. Ladies and gentlemen, tonight, we’ve got a 41-piece symphony orchestra!”

With that, we got all one minute and 45 seconds of his 2006 super deep cut “Weasel Stomping Day,” the best song ever written about ritualistically crushing weasels until their intestines smear all over the ground. “All the little girls and boys,” he sang while highly trained members of an orchestra carefully played along as a conductor guided them. “Love that wonderful crunching noise/You’ll know what this day’s about/When you stomp a weasel’s guts right out.”

The first part of the show was centered around lesser-known pieces of like brilliant insanity like that, while the second part was nothing but his biggest parody hits like “Dare to be Stupid,” “White and Nerdy,” and “Amish Paradise.” The symphony often faded into the background on these songs, though they occasionally were a big asset, most notably on the intro to “Amish Paradise” when they recreated Stevie Wonder’s synthesizer parts on “Pastime Paradise” to great effect.

As always, the encore was an all–Star Wars affair. Roadies dressing up like Stormtroopers and Darth Vader is nothing new and “The Saga Begins” and “Yoda” are expected at this point, but we also got a bit of the Star Wars theme by the orchestra, bringing the whole production to another level of dorkdom. (It should be noted that this Yankovic’s first tour in history without any Michael Jackson parodies. He’s leaving them out due to the revelations in the recent Leaving Neverland documentary, though it was probably a blessing this evening because dancing around in the “Fat” suit may have caused him to suffer a heat stroke and lose consciousness. The Amish costume and beard looked painful enough.)

The 13,000-seat Forest Hills Stadium is significantly bigger than the theaters Yankovic usually plays and seeing all those people gleefully sing lines like “we caught a ride back to Naboo ’cause Queen Amidala wanted to” in unison was a beautiful sight. If anyone ever needed evidence that the great Nerd War of the Eighties is over and the nerds won, this was it.

The only bummer was the complete absence of new material. It’s been five years since Mandatory Fun, his first album to hit Number One. He said he wanted to stop making records after it came out so he could respond faster to the pop charts by releasing singles when inspiration struck, but so far he hasn’t delivered on that. As my colleague Brian Hiatt recently pointed out, he’s really going to let “Old Town Road” go unanswered? He has to leave it to a bunch of amateurs on YouTube to mock the likes of Marshmello and Khalid? As amazing and imaginative as these two most recent tours have been, hopefully next time out he’s got a few new tricks for us. For now, though, “Dare to Be Stupid” with violas and cellos is more than good enough.