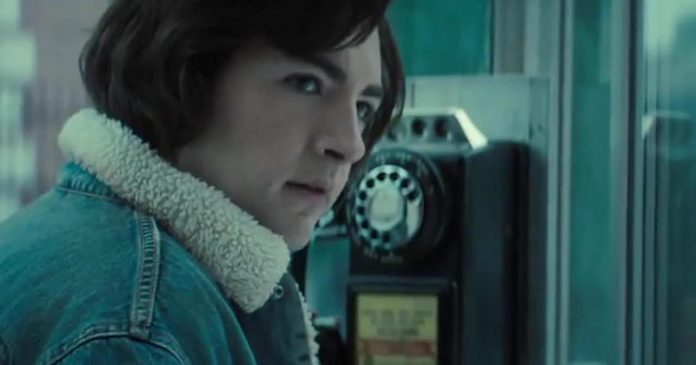 Correspondent Jim Axelrod asked “Sopranos” creator David Chase, “Where did all that come from, the therapy part and the mother part?”

“Well, I was in therapy, and well, actually, because of my mother, you know?” shrugged Chase.

After six seasons, in 86 episodes, to a place on just about every critic’s list of most influential shows ever, after Tony Soprano’s North Jersey mafia family rewrote the rules spurning network standards for the freedom of cable, after Chase gave us a brutal mob boss who spent sessions with his shrink talking about his mother … he knew exactly what he’d hear once he cut-to-black in the series finale 14 years ago: “People that I meet socially would say, ‘Are you gonna do more? Oh, you should do more!'”

It turns out, he wasn’t done.

Actor James Gandolfini’s death in 2013 meant a sequel was out.  So, Chase went the other way: a movie “prequel,” set 30-plus years before the show. “The Many Saints of Newark” is the story of Dickie Moltisanti, a father-figure to the young Tony who’d been mentioned on “The Sopranos,” but never fleshed out.

Chase said, “I went back over my memories and I thought, ‘Oh, yeah, Dickie Moltisanti. There was all that talk about him. And he was really a, you know, badass. I’m interested in that. I’d like to find out who that guy was.'”

Watch a trailer for “The Many Saints of Newark”:

Whatever Chase’s intentions, a prequel meant meeting younger versions of such well-known and beloved characters as Silvio, Uncle Junior, and Tony’s mother, Livia, and making sure they rang true.

Axelrod asked, “Where’s the line between honoring the integrity of the character and parody?”

“Mostly casting; that’s mostly where the line is,” Chase said.

Actor John Magaro plays the young Silvio Dante, Tony Soprano’s eventual right-hand man (played by Steve Van Zandt in the show). “I felt this obligation to these characters as a fan of ‘The Sopranos,'” Magaro said. “For me, it started with, you know, the puss he has. Kind of the frown is, and then it gets into the shoulders a little bit. And then it’s, you know, he always has his hands kind of like this.”

Magaro said the pressure to capture the essence of these iconic characters, and not do impressions of them, was felt cast-wide: “Nothing is like playing a character where you’ve got millions of rabid fans who are ready to pounce on you at the slightest mistake and, you know, this’ll come out in a few weeks, and I’m going to have to turn my phone off and internet for a few weeks, because it’s going to be scary as hell. You know, they’re going to come at us.”

No choice will be more scrutinized than the actor cast to play the young Tony Soprano.

Axelrod asked, “Did you audition other actors?”

“Yes,” Chase replied. “We auditioned other actors prior to him.”

“Once you auditioned him, you knew?”

Michael told Axelrod his first instinct was to say “no.” “It comes with pressure. It comes with the responsibility. And then, a whole ‘nother layer of, you know, playing my Dad’s part.”

But then he did something that he’d never done before: Watch the “Sopranos” series. “That is true, yeah, I’ve never seen it.

“My Dad passed, so it was kind of a thing, like, it’s going to be hard, I don’t really want to open that up right now. And then, I watched the first season before the audition and just fell in love. I was so proud of my dad.”

He studied James’ work, especially those therapy scenes: “Hours with a character who has triggers and impulses and a mindset – it’s such a gift. I have hours inside of a mind that I’m about to play.”

The gift was enough confidence to give it a go, despite the shadows and footsteps he knew he’d confront. Axelrod asked, “Did any part of you think, you know what? I’m good, I don’t need to do this.”

“I don’t know if you’ve ever jumped out of a plane or something, but you go and you look back and you go, How did I do that?” Gandolfini said. “Sometimes it baffles me, too, that I just sort of did it! Yeah, I guess if I had thought about it too much, it would have crippled me.”

Axelrod asked Chase, “Were you at all concerned, any part of your calculus, ‘What if this doesn’t work? What consequence might there be for Michael?'”

David Chase knows he’s asked for it as well with “The Many Saints of Newark”: “I always think to myself, ‘When are people gonna get tired of this family?'”

“I mean, I guess that’s possible, yeah. That’s just not the way I think.”

Knowing one thing he can count on from the extended family of passionate “Sopranos” fans is an unvarnished answer.

Axelrod said, “I’m asking [you], a guy who’s at this level: Does it still matter?”

“Yeah,” Chase replied. “I mean, I’m one human being trying to communicate with a couple million human beings, and what they respond to me, of course it matters. If they say, ‘You surprised me,’ or, ‘That was interesting,’ that matters, as opposed to, ‘Hey, ass****,’ you know? ‘We saw that already.'”