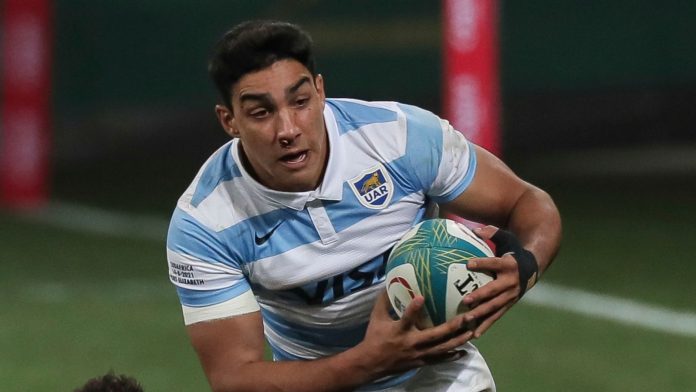 Argentina head coach Mario Ledesma forced into six changes and two positional switches for his side’s clash with the All Blacks on Saturday, live on Sky Sports; the headline team news sees 23-year-old Santiago Carreras start at fly-half for the first time in his Test career.

Santiago Carreras will play his first Test at fly-half against New Zealand in the Rugby Championship on Saturday as Argentina coach Mario Ledesma wrestles with a lengthy injury list.

Nicolas Sanchez started at fly-half in the 39-0 loss to the All Blacks on the Gold Coast last week but limped off with an ankle injury with winger Emiliano Boffelli taking over as makeshift playmaker.

Carreras, who has played mainly in the back three for his country, missed the first All Blacks Test with a lower leg injury but returns in the number 10 shirt with Domingo Miotti backing up from the bench.

Sanchez was one of five players injured in last week’s match and only Facundo Gigena, who had a calf problem, will back up this week at Brisbane’s Lang Park.

Winger Bautista Delguy, who tore his right hamstring, and centre Jeronimo de la Fuente, who tore an adductor, will play no further part in the competition and have been sent back to their clubs along with squad member Matias Orlando, who has a groin strain.

No 8 Rodrigo Bruni is struggling with a shoulder injury and has been replaced at the back of the scrum by former skipper Pablo Matera.

Youngster Juan Martin Gonzalez is elevated from the bench to make his first start as a stand-in for Matera at blindside flanker, while Tomas Lavanini comes back into the second row to partner Matias Alemanno.

Boffelli gets a start in his more familiar wing role, while Lucio Cinti and Santiago Chocobares will form a new centre partnership.

The Pumas, who beat the All Blacks for the first time last year, have lost all three of their Rugby Championship matches so far this year.

New Zealand coach Ian Foster earlier named a much-changed side for the match with Damian McKenzie getting his first Test start at fly-half for three years.