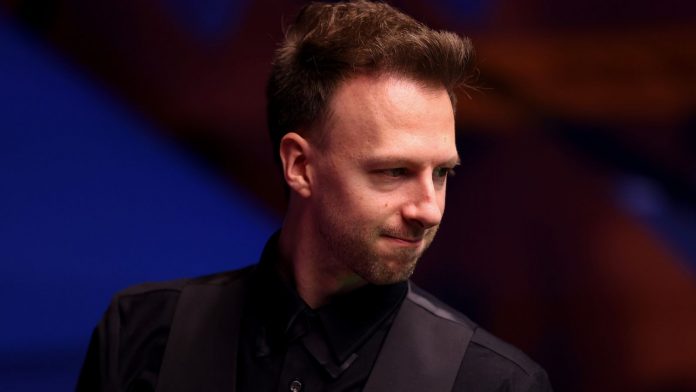 Former Snooker world champion Judd Trump was given an 11-1 schooling by Europe’s Mosconi Cup winner Jayson Shaw at the US Open Pool Championship in Atlantic City.

Trump had enjoyed a dream debut in nine-ball pool by blitzing Joe Magee 9-0 in his opening match of the US Open Pool Championship before following it up with an equally impressive 9-2 success against India’s Dhruvalkumar Patel.

The 32-year-old then beat Saudi Arabia’s Abdullah Al-Shammari 11-5 to set up an encounter against Scotland’s Shaw, who guided Europe to Mosconi Cup glory against the USA last year.

Eagle Eye completes an incredible 11-1 win over Judd Trump, who now heads to the losers side of the bracket.#USOpenPool 🇺🇸 pic.twitter.com/eLnfRn5DE5

Trump, snooker’s 2019 world champion, has taken advantage of a timely gap in the calendar of his primary sport to switch codes following an invitation.

The Bristol-born player had showed no signs of lacking experience until his meeting with Eagle Eye Shaw.

Shaw beat Hsieh Chia Chen in a hill-hill thriller to set up a Battle of the Brits against Trump.

Trump gets his first rack on the board and he’s loving it! That’ll feel nice!#USOpenPool 🇺🇸 pic.twitter.com/0AvjIQisQx

Shaw prevailed emphatically cleaning up for an emphatic win to send Trump into the losers’ round 6 while the Scot became the first name into the winners’ qualification section.

Trump looks certain to reclaim No 1 spot in the snooker world rankings next month having won 11 major titles during the last two years.

Never a dull moment when Earl The Pearl is on the tv table!#USOpenPool 🇺🇸 pic.twitter.com/oE84i6FJMK

Earl Strickland, Alex Pagulayan, Mika Immonen, Thorsten Hohmann, and Kelly Fisher were amongst the names to have their campaigns cut short.

American No 1 Shane van Boening remains unbeaten in his search for a sixth US Open crown after beating BJ Ussery and 2019 world champion Fedor Gorst underlined his intentions with a crushing win over Niels Feijen 11-1.