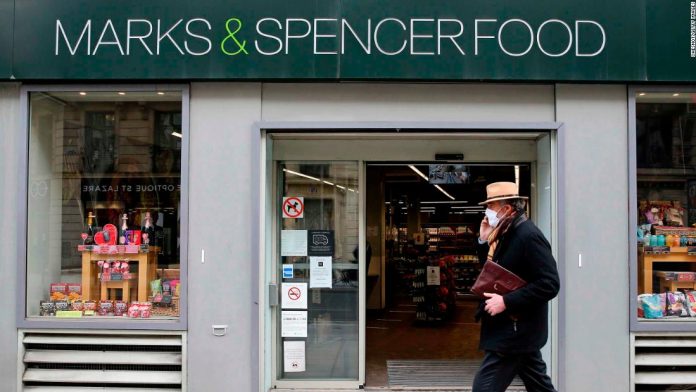 The UK retailer on Thursday said “lengthy and complex” export processes introduced after Brexit had made it difficult to get fresh products such as sandwiches and salads from Britain to Europe. It expects to close the stores — located mainly in central Paris and run with franchise partner SFH — by the end of this year.
“The supply chain complexities in place following the UK’s exit from the European Union now make it near impossible for us to serve fresh and chilled products to customers to the high standards they expect, resulting in an ongoing impact to the performance of our business,” M&S managing director of international Paul Friston said in a statement.
M&S only reopened its Paris stores in 2011 following a previous exit from France in 2001.
Nine other M&S stores run as franchises at French airports and train stations in partnership with Lagardere Travel Retail will continue to operate, as will the company’s website, which sells mostly clothing and home products. M&S said it was in discussions with Lagardere over the future of its food stores.
Brexit has heaped pressure on supply chains already strained by shortages caused by the pandemic and a resurgence in demand. The UK government on Tuesday announced that it would delay the introduction of checks on food imports from the European Union by another six months to July 2022 as supermarkets struggle to keep their shelves fully stocked.
UK food producers and transportation firms have blamed the United Kingdom’s exit from the European Union for worker shortages that have forced them to cut production and made it difficult to deliver goods on time. The Road Haulage Association says the United Kingdom is short around 100,000 truck drivers, 20,000 of whom are EU nationals that left the country after Brexit.
M&S said it has had to change the structure of its European business as a result of Brexit. In April, it stopped selling all fresh and chilled products in the Czech Republic. It has instead doubled the ranges of frozen and non-perishable products.