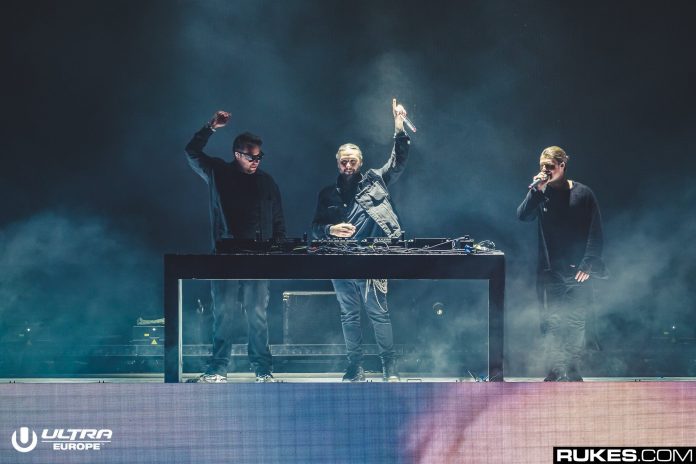 Just days after The Weeknd posted confirming a collaboration with juggernaut trio Swedish House Mafia, the group posted an idiosyncratically cryptic tweet with booming synths and ending with “9.16.21” — today’s date. All signs pointed to the release of the collaboration, thought to be titled “Moth to a Flame,” today.

However, as it turns out… the tweet was in reference to an apparent brand partnership with another Swedish juggernaut: IKEA.

“With both of us sharing a curiosity about creativity in the home, especially music creation, as well as making it accessible for everyone, it was a perfect match,” the trio shared on Instagram. “The collection consists of products designed to make it easier and more welcoming to get into a creative flow in your own home. The design supports creating, playing, enjoying and even just setting the mood. In our own environment we really put a lot of effort into our surroundings, making sure that it is in tune with our own frequency and creative state of mind.”

It’s important to note that SHM never once mentioned The Weeknd or directly alluded to the collaboration being released today. Fans did that all on their own. Still, it’s an example of a recurring pattern with the group, providing hype for something intangible and unclear, fans running away with their ideas, and then becoming disappointed when it wasn’t what they expected.

We’re sure to get that Weeknd collaboration at some point, it’s been confirmed as much. However, the fan response to the announcement is not only expected but a little hilarious.

don´t you worry, don’t you worry child, ikea ‘s got a couch for you

From Miami to IKEA

I’m gonna take it, but it offends me a lot

The two things that always have me lost, Swedish house mafia and ikea. Nice