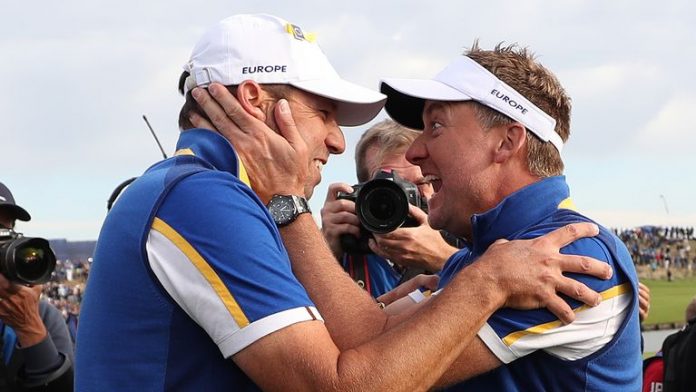 Less than a fortnight after his withdrawal from the Tour Championship with a wrist injury, Brooks Koepka insists he will be fit and ready to take on Europe at the Ryder Cup. Watch live coverage from Whistling Straits all week on Sky Sports

Brooks Koepka has declared he is “good to go” for the Ryder Cup next week amid concerns he would be forced to miss the showpiece due to injury.

Koepka emerged as a doubt for the contest against Europe when he withdrew during the third round of the Tour Championship in Atlanta last month after sustaining a wrist injury as his clubhead hit a tree root while playing a recovery shot.

The four-time major champion was the only member of Steve Stricker’s US side missing from a recent two-day practice session at Whistling Straits as he underwent treatment on the problem.

But Koepka, who missed three months of the 2018 season with an injury to the same left wrist, has been able to resume practice and informed the Team USA captain he would be fit to play in Wisconsin, according to Golfweek magazine.

“I’ll be there. I’m good to go,” Koepka is reported as saying, via a text message. “I’m feeling good. Been doing my rehab, doing everything I need to do to be ready for the Cup. I’ll be there ready to play.

“The captain and vice-captains have been informed every step of the way and know I’ll be ready to go.”

Koepka feared the worst when he suffered the injury at East Lake and admitted he lost the ability to grip the club with his left hand, but an MRI scan revealed no serious damage.

“When I hit the root I thought it was a stinger and my wrist was feeling weird,” he said. “I lost feeling to my elbow for a bit. The feeling came back from my elbow to mid-forearm two minutes later, but from mid-forearm to hand was kind of numb. I couldn’t continue because I had no grip strength in my left hand.

“The MRI showed us some stuff and just making sure it’s calmed down and got everything worked out. Grip pressure has got back to normal. Some ice, some rest, some soft tissue work and some rehab and we’re good to go.”

Koepka hit the headlines earlier this week when he described team golf as “a bit odd”, prompting former US captain Paul Azinger to question his commitment to the cause.

In an exclusive interview with Golf Digest, he did not hold back on his opinion of the Ryder Cup experience, saying: “It’s different. It’s hectic. It’s a bit odd, if I’m honest. I don’t want to say it’s a bad week.

“We’re just so individualised, and everybody has their routine and a different way of doing things, and now, it’s like, OK, we have to have a meeting at this time or go do this or go do that. It’s the opposite of what happens during a major week.

“If I break down a major week, it’s so chill. You wouldn’t even believe me. I go to the course. I play nine holes. I go work out. Other than that, I’m sitting and watching TV, taking my mind off golf with relaxing stuff. The physical part, I can handle. The mental side, you have to be able to turn it off.”

But his comments did not sit well with 2008 winning captain Azinger, who said: “After reading that, I’m not sure Brooks loves the Ryder Cup that much and if he doesn’t love it he should relinquish his spot and get people there who do love the Ryder Cup.

“Not everyone embraces it, but if you aren’t sold on it then I think Brooks should consider whether or not he really wants to be there.”