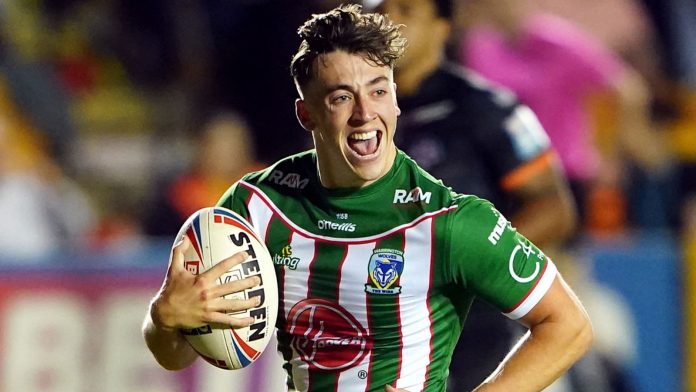 Matty Ashton has signed a new three-year contract at Warrington; the 23-year-old full-back, who can also play on the wing, scored a hat-trick against Castleford on Thursday; he joined Warrington from Swinton ahead of the 2020 season

Full-back or wing Matty Ashton, who scored a hat-trick of tries in Warrington’s 40-24 win over Castleford on Thursday night, has signed a new three-year contract which will keep him at the club until the end of 2024.

The 23-year-old has scored 15 tries in 21 appearances since joining the Wolves from Swinton on a two-year deal ahead of the 2020 season.

“I’m over the moon to have my future sorted,” Ashton said.

“It’s been a difficult couple of years with injuries but the club has stuck by me and put their faith in me which I’m looking forward to repaying now with some good performances over the next few years.

“It’s a dream come true to be playing at the top level, especially for a club like Warrington. To sign another three years is a bit surreal still and it hasn’t quite sunk in yet.

“I want to cement my place in the team now – to be a regular starter and hopefully help the boys win trophies along the way.”

Warrington chief executive Karl Fitzpatrick said: “We are absolutely thrilled to be able to tie Matty down on a new long-term deal.

“From day one he has shown the right attitude and attributes a young player making the step up to Super League needs to succeed.

“His hard work and dedication to work on improving his game each day is first class and he’s one of the fastest and most exciting outside backs in the competition.”