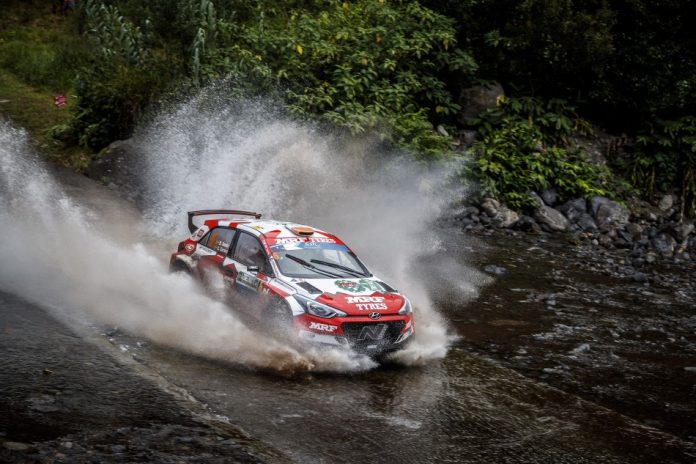 Azores rookie Sordo started Tronqueira, the penultimate test of day one, 29.1s behind Moura, the 10-time local champion. But his stage-winning performance on SS5 cut Moura’s advantage to 6.4s heading to the day-closing Grupo Marques superspecial.

While Sordo made it through the two-by-two, 4.10-kilometre test trouble-free, Moura found his lane obscured by hanging dust. “We lost a lot,” said a frustrated Moura. “Because of the dust there were places we had to stop because we couldn’t see anything. it’s a shame.”

But there were no such problems for World Rally Championship star Sordo, who starts Saturday’s six-stage route with a slender advantage.

“I am quite happy,” Sordo said. “The tyres are working well but we don’t know the compounds very well so I need to take more experience. It was a really difficult day but I enjoy and, at the moment, all is good.”

Efrén Llarena is the top ERC-MICHELIN Talent Factory member in fourth followed by fellow young guns Erik Cais and Miko Marczyk with Alexey Lukyanuk seventh after a tough day in São Miguel for the ERC champion.