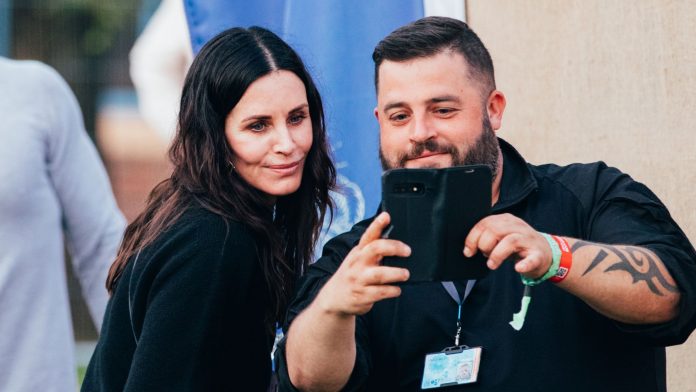 Liam Gallagher has told fans he fell out of a helicopter following his headline set at the Isle Of Wight Festival, sharing a picture of his scraped face.

The Oasis star turned solo artist posted a tweet to say he had fallen out of the aircraft and compared himself to the late The Who drummer Keith Moon, who was notorious for his wild behaviour.

So check this out I fell out the helicopter last night you couldn’t rite it all good who said RnR is dead Keith moon eat your drum skin out C’mon you know LG x pic.twitter.com/MSVR1C6EXk

He reassured fans that he is “all good” and also joked in a later post that the photo would make the cover shot for his next album.

One fan replied asking about the height of the fall, saying Gallagher must have missed the step and “face planted” after the helicopter had landed, but did not mention this “because that’s not very rock n roll”.

Gallagher jokingly responded to say it had been “100 thousand feet”. To another fan asking if there was any footage or CCTV of the incident, he said: “Yeah it’s in the nxt video.”

It is not known if he sought medical treatment for his injuries.

It comes ahead of the release of Oasis Knebworth 1996, a new documentary looking back at band’s most notorious gigs.

More on Isle Of Wight

Gallagher headlined the Isle Of Wight Festival on Friday night, with Tom Jones, James, Becky Hill and Primal Scream also on the bill.

During his set, the star had wowed the crowd playing Oasis hits including Rock ‘N’ Roll Star Cigarettes & Alcohol, as well as solo songs such as Wall Of Glass and Shockwave – before an encore of Supersonic, Acquiesce, Roll With It and Live Forever.

Snow Patrol were due to headline on Saturday, with Friends star Courteney Cox among the band’s friends and family there to watch them.

The actress, who is in a relationship with band pianist and guitarist Johnny McDaid, was seen having her picture taken with fans ahead of the headline set.

Earlier in the week, she had posted a picture of herself and McDaid on Instagram, holding an “access all areas pass” for the band.

Duran Duran will close the festival on Sunday, with The Script, Supergrass, Imelda May and Razorlight also among the acts on the line-up.