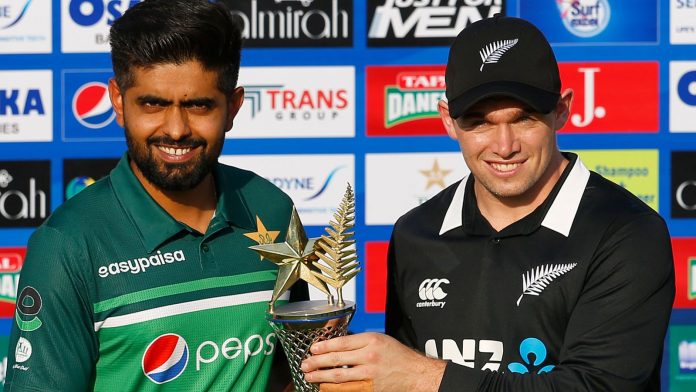 New Zealand Cricket’s chief executive David White has further clarified the decision to abandon the tour of Pakistan: “What I can say is that we were advised this was a specific and credible threat against the team.” The team is now in Dubai and self-isolating in their hotel for 24 hours

New Zealand arrived in Dubai on Saturday after a “specific and credible threat” to the team’s safety derailed their tour of Pakistan.

They were visiting Pakistan for the first time in 18 years to play three one-day internationals – the first of which was due to take place on Friday – and five Twenty20 matches in Rawalpindi and Lahore.

However, in a statement released on Friday, New Zealand Cricket said they would no longer be able to participate in the Tour due to an escalation in “New Zealand government threat levels for Pakistan”.

The Pakistan Cricket Board insist they and the Pakistan government “made foolproof security arrangements” for the tourists, which their security team were happy with.

The BLACKCAPS have arrived in Dubai after leaving Islamabad on a charter flight last night (New Zealand time).

The players and support staff are now settling into their Dubai hotel and undergoing a 24-hour self-isolation.

New Zealand Cricket have confirmed that the team are now in Dubai while also further clarifying the decision to abandon the tour after receiving fresh intelligence on Friday.

“What I can say is that we were advised this was a specific and credible threat against the team,” NZC chief executive David White said.

“Everything changed on Friday. The advice changed, the threat level changed and, as a consequence, we took the only responsible course of action possible.”

The players left Islamabad by a chartered flight on Saturday and reached Dubai where the 34-strong contingent are undergoing 24-hour period of self-isolation, the NZC said in a statement.

Twenty-four of them will return home next week, while the rest would join New Zealand’s Twenty20 World Cup squad for the showpiece tournament scheduled in the United Arab Emirates and Oman from October 17.

England tour of Pakistan in doubt

“We are liaising with our security team who are on the ground in Pakistan to fully understand the situation. The ECB Board will then decide in the next 24-48 hours whether our planned tour should proceed.”