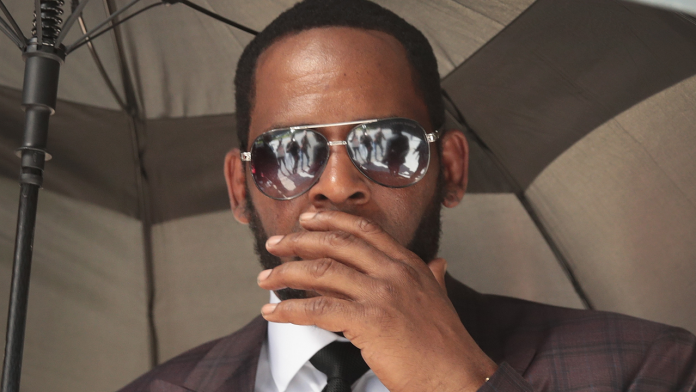 Note: This article contains descriptions of alleged sexual assault and sexual abuse involving minors that some readers may find disturbing.

After years of sexual misconduct allegations, R. Kelly is nearing the end of a federal criminal trial in New York. He is charged with one count of racketeering that’s based on alleged sexual exploitation of children, kidnapping, and forced labor. He also faces eight counts of violating the Mann Act, a law that criminalizes transporting anyone across state lines “with intent that such individual engage in prostitution, or in any sexual activity for which any person can be charged with a criminal offense.” If convicted, Kelly is potentially looking at decades in prison, including up to 20 years for the racketeering charge alone.

The New York case is one of several sets of criminal charges lodged against R. Kelly in recent years. He faces an additional federal trial in Illinois, where he was indicted on charges of child pornography and obstruction of justice in 2019. Those charges, too, could mean decades in prison if Kelly is convicted. Kelly also faces local charges of sexual misconduct in both Illinois and Minnesota. Kelly has pleaded not guilty to all criminal charges against him (although in Minnesota, his legal team was a no-show), and he has consistently maintained his innocence of any alleged sexual misconduct throughout the decades. (In 2008, Kelly was acquitted of child pornography charges.)

Kelly has been in custody since his arrest outside his home in Chicago on July 11, 2019. His federal trial in Illinois is set to take place after the current New York trial concludes. The charges against him in the current case alone quickly grow complicated, so here’s a breakdown as the trial moves toward a jury verdict.

New York federal prosecutors handed down their allegations against Kelly in multiple stages, beginning with the initial indictment in July 2019. The case has since been expanded and the indictment has been updated to include six Jane Does. Prosecutors claim that Kelly and his managers, personal assistants, bodyguards, drivers, and entourage members constitute a criminal enterprise. “The purposes of the enterprise,” the indictment reads, “​​were to promote R. Kelly’s music and the R. Kelly brand and to recruit women and girls to engage in illegal sexual activity with Kelly.”

All told, Kelly was charged with racketeering that had 14 underlying acts, including bribery, sexual exploitation of a child, kidnapping, forced labor, and additional violations of the Mann Act. The alleged crimes span from a bribery incident in 1994 to an act of forced labor as recent as December 2018. The indictment alleges that two of the Jane Does were under the age of 18 when Kelly had illegal sex with them. Kelly also faces eight standalone charges of Mann Act violations, four of them involving a 2015 incident with a minor to whom Kelly allegedly transmitted herpes) and four of them stemming from May 2017 and February 2018 incidents with another woman.

On July 23, prosecutors filed to have evidence submitted at the trial for what they say are more alleged, but uncharged, crimes by Kelly. Among the alleged victims in the filing are 20 Jane Does and two John Does. Prosecutors claim in the filing, too, that Kelly sexually abused a 17-year-old boy after meeting him at a Chicago McDonald’s.

After lengthy pandemic delays, Kelly’s trial began in the U.S. District Court for the Eastern District of New York in Downtown Brooklyn on August 18. Per orders from Judge Ann Donnelly, only Kelly, jurors, witnesses, and lawyers in the case were allowed inside the courtroom, partly due to COVID-19. Members of the media and the general public could watch only on TV screens in a separate “overflow” courtroom. In opening statements, Assistant U.S. Attorney Maria Cruz Melendez called Kelly “a predator… who, for decades, used his fame, his popularity, and a network of people at his disposal to target girls, boys, and young women for his own sexual gratification.” Kelly’s defense lawyer Nicole Blank Becker, in turn, said that many of the accusations were “overreaching” and the relationships consensual.