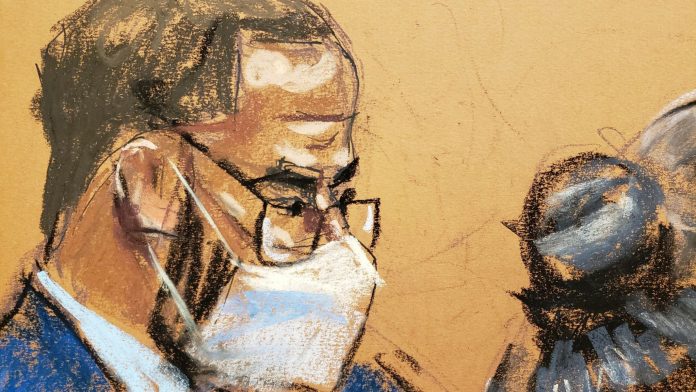 Women accusing R Kelly of sexual abuse were motivated by money to lie and were little more than star-struck fans, a lawyer for the R&B star argued during the closing argument of his trial in New York.

In his closing argument to the federal court, Kelly’s lawyer, Deveraux Cannick, portrayed the singer’s accusers as former fans and jilted lovers, hoping to cash in on his fame with book contracts and media appearances – such as in the 2019 documentary Surviving R Kelly.

“They’re monetizing. They know what the game is. They’re surviving off of R Kelly,” Mr Cannick said, invoking the late civil rights leader Martin Luther King Jr as he implored jurors to summon “the courage” to acquit the singer.

“I told you about Dr King and the people of courage for a reason,” Mr Cannick said.

“Getting a conviction of R Kelly is a big deal, but a bigger deal is fairness.”

The singer, whose full name is Robert Sylvester Kelly, vehemently denies the charges, which include one count of racketeering and eight counts of illegally transporting people across state lines for prostitution.

Mr Cannick claimed Kelly treated his accusers “like gold”, taking them on shopping sprees that cost more than cars.

He dismissed Jerhonda Pace, the first accuser to testify against Kelly, as a “groupie, stalker extraordinaire,” and said Kelly’s use of non-disclosure agreements was common in the entertainment industry.

Mr Cannick urged jurors to use their common sense, adding: “Somebody’s life is at stake here.”

The defence only called a handful of witnesses across two days, while the prosecution called more than 45 in the previous six weeks of the trial.

Among the claims made by prosecution witnesses were that he gave a 17-year-old girl herpes “on purpose”, and that he sexually abused a teenage boy after asking him what he was willing to do to get into the music industry.

The 54-year-old singer refused to testify in his own defence, as is his right, as it would have exposed him to cross-examination by lawyers.

Ms Geddes reviewed the testimony of dozens of accusers, former employers and others who spoke out against the singer.

Prosecutors depicted the singer, known for the 1996 Grammy-winning hit I Believe I Can Fly, as a violent predator who used his fame and charisma to deploy people who worked for him to lure women and underage girls.

Ms Geddes said that Kelly had hid his crimes in “plain sight” by wielding his “money and public persona”.

Following closing arguments, jury deliberations may begin on Friday, after US District Judge Ann Donnelly instructs jurors on the law.